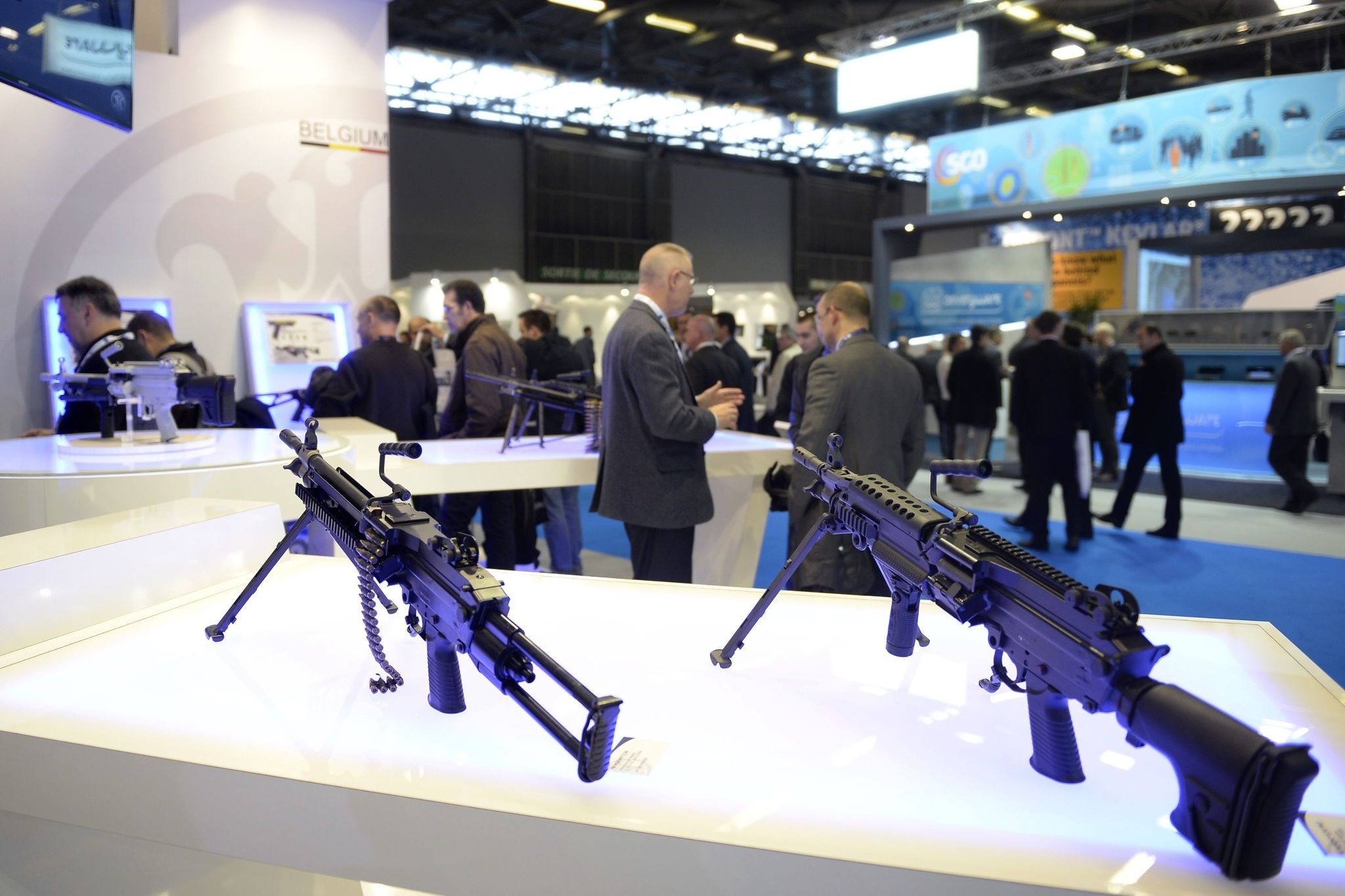 This file photo taken on November 19, 2013 shows weapons on display at the International Security Fair (MILIPOL) in Villepinte, outside Paris. (AFP Photo)
by Associated Press Nov 22, 2017 12:00 am

Human rights group Amnesty International says its staff have found torture equipment for sale at a military and police trade fair in Paris in contravention of European Union laws.

It said the "gruesome illegal torture equipment" was on sale at the Milipol trade fair this week.

Amnesty's arms control adviser, Ara Marcen Naval, said that "by failing to enforce the law, France is providing a marketplace for torturers."

EU Trade Commissioner Cecilia Malmstroem described the discovery as "simply awful," saying via Twitter that "this appears to be a blatant violation of EU law and I fully expect French authorities to urgently investigate this."