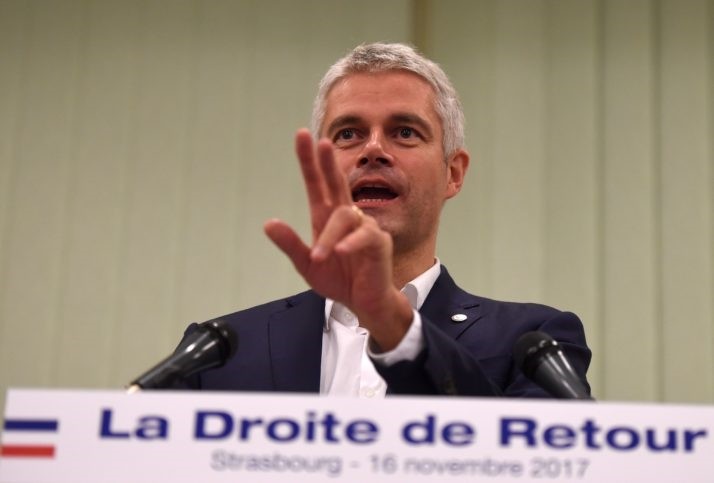 Laurent Wauquiez is the front-runner in Agir leadership elections (AFP Photo)
by Anadolu Agency
Nov 26, 2017 12:00 am

A new French political party is arising out of a splinter group from the right-leaning Republican Party, local media reported on Sunday.

Nineteen elected politicians announced that they have formed a new political party called "Agir" -- meaning "to act" -- in a piece published by French daily Le Figaro.

According to the paper, the group said that in this spring's general and presidential elections French voters voiced the need for change and reform.

The party members said they support the current government and its right-leaning prime minister, Edouard Philippe.

According to the article, the members support a liberal, European Union-favoring, reformist right instead of an anti-EU, extreme conservative one.

In the article the group also stressed their support to President Emmanuel Macron and the ruling La République En Marche while balking at the conservative-liberal Republican Party getting close to far-right National Front.

En Marche, founded by Macron after leaving the governing Socialist Party, was successful in the elections. Later Edouard Philippe, a member of the right-wing Republicans, formed the government in France.

The members of the new group, who are also known as "Constructivists," have established a separate group in parliament.