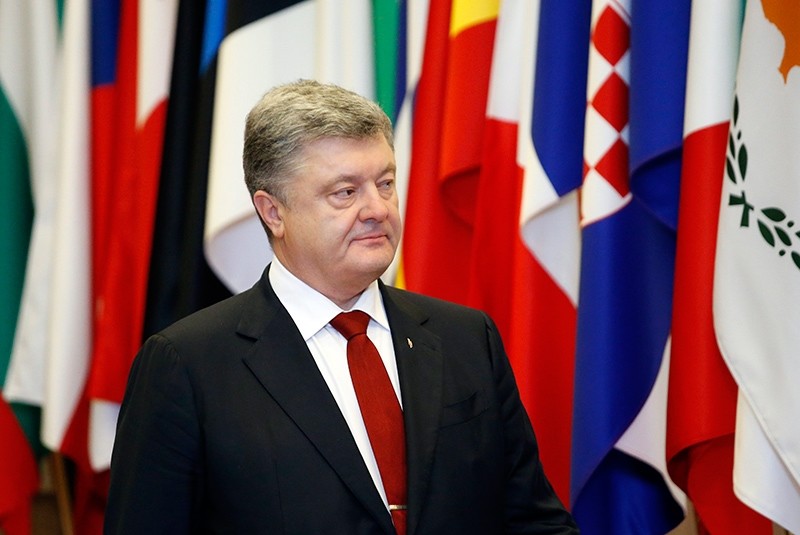 Ukrainians will be offered referendums on joining NATO and the European Union in the "near future," President Petro Poroshenko said Friday, as conflict rumbles on in the country's east between the army and Moscow-backed separatist rebels.

"We are fully sticking to our path towards European integration," Poroshenko said in remarks broadcast by several Ukrainian television stations.

"Have no doubt that in the very near future there will be referendums in Ukraine, including on NATO membership. I am convinced that the Ukrainian people will support my proposal," he said, adding that a vote on joining the EU was also planned.

Some 43 percent of Ukrainians support joining the military alliance, according to a survey released last week.

That support stood at 20 percent in 2013, before Russia annexed Crimea, according to a different study.

Kiev closely cooperates with NATO without being an official candidate for membership in the U.S.-led alliance.

Pro-Western leader Poroshenko came to power after a popular uprising in 2014 which saw the ouster and flight to Russia of his pro-Kremlin predecessor Viktor Yanukovych.

The Kiev protests began in late 2013 after Yanukovych made a last-minute decision to ditch a key association agreement with the EU under pressure from Moscow.

Often seen as a prelude to a possible full membership, the accord was signed in 2014 by Poroshenko and came into force this year.

But there is little appetite in the EU for eastward expansion, particularly after Dutch voters rejected the first attempt at an association agreement with Ukraine in an April 2016 referendum.

Most commentators also say Ukraine is years away from any prospect of NATO membership.

The conflict in Ukraine's east has killed more than 10,000 people since 2014 — over half of them civilians — and plunged Moscow's relations with the West to a post-Cold War low.