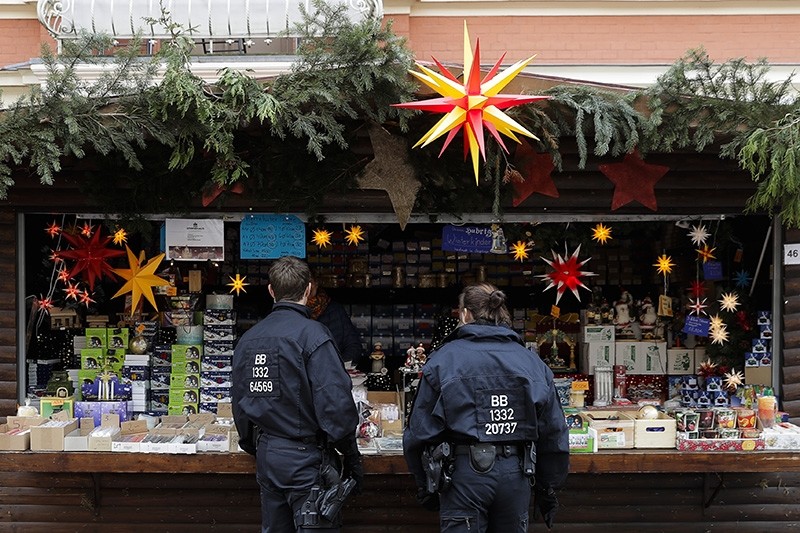 A suspicious package found near a Christmas market in the German city of Potsdam two days ago was not terrorism related, but part of an attempt to blackmail delivery company DHL, an official said Sunday.

Karl-Heinz Schroeter – interior minister of Brandenburg, where Potsdam is located – said a suspect asked DHL, the parcel delivery division of the German logistics company Deutsche Post, for a sum of money in the millions of euros in a note attached to the package.

The parcel had contained materials to create a bomb, including about 100 nails, an unidentified powdered substance, and a metal cylinder. It also contained a blackmail letter encrypted in the form of a QR code, police chief Hans-Juergen Moerke said.

A similar package was delivered some time ago in the eastern city of Frankfurt an der Oder, the minister said, adding that that device had caught fire upon opening, causing the blackmail letter to be destroyed.

Moerke said that the main suspect in both cases was a man from the greater Berlin area, but declined to give further details citing the ongoing investigation.

Despite earlier indications that the device could not have gone off due to the lack of a detonator, Schroeter said that further analysis had shown the device to be "highly dangerous" and capable of seriously injuring people.

Moerke said that further deliveries of a similar nature are possible and perhaps even probable. Officials warned postal customers to be wary of opening unexpected packages for the time being.