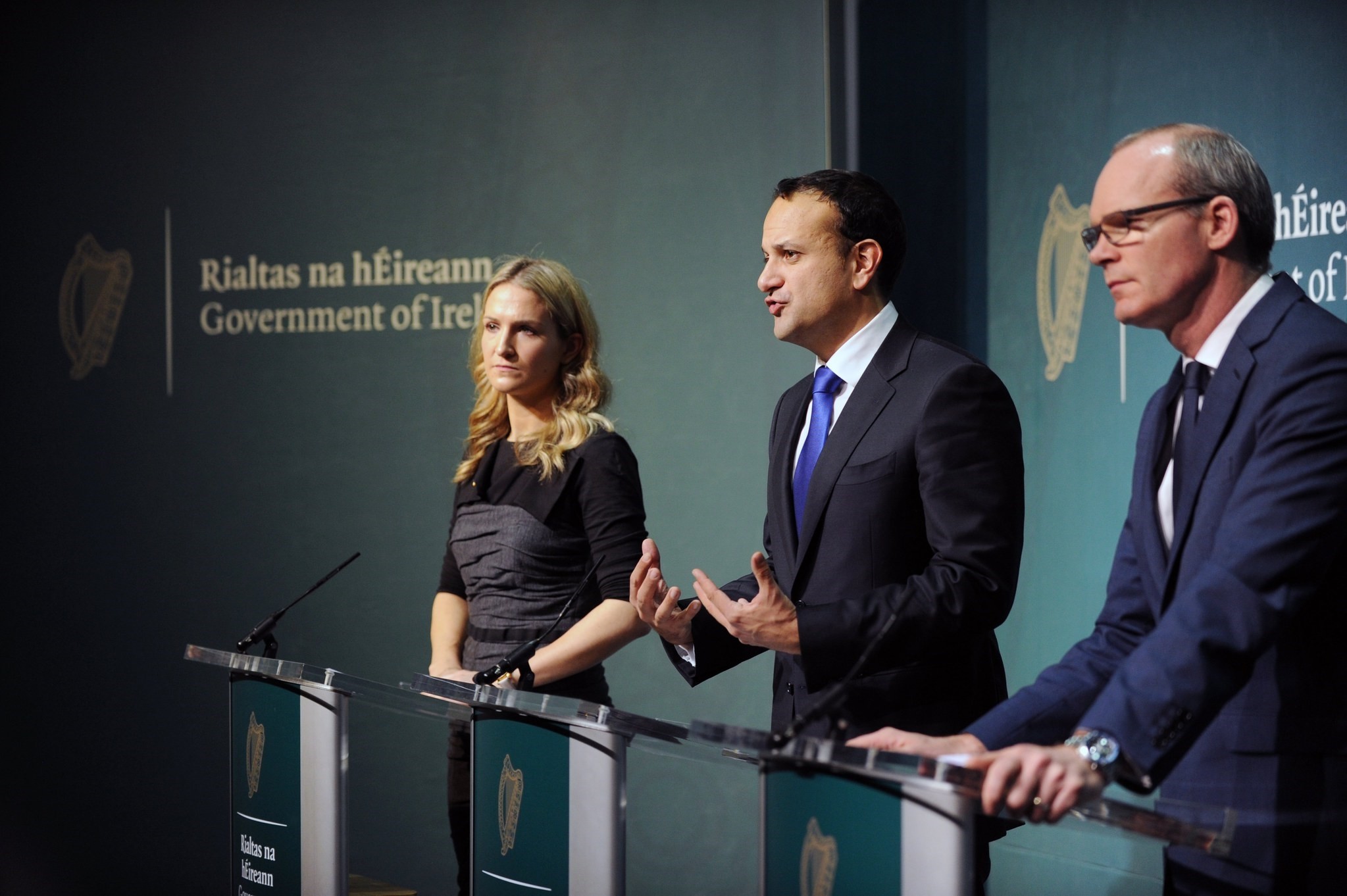 Irish Prime Minister Leo Varadkar said he was "surprised and disappointed" on Monday after Britain failed to agree to a draft deal with EU leaders on the status of the Irish border after Brexit.

"I am surprised and disappointed that the British government now appears not to be in a position to conclude what was agreed earlier today," Varadkar said at a press conference in Dublin.

"I accept that the Prime Minister (Theresa May) has asked for more time, and I know that she faces many challenges, and I acknowledge that she is negotiating in good faith," he added.

Britain and the EU failed to strike the Brexit agreement during talks in Brussels on Monday but said they were "confident" of reaching an accord later this week.

May and European Commission President Jean-Claude Juncker fell short of a breakthrough, despite progress on the Irish border.

A deal on that thorny issue had been widely touted Monday morning but failed to materialise amid angry reactions from Northern Ireland's Democratic Unionist Party (DUP), the staunchly pro-British group that helps May's minority government pass legislation in Westminster.

DUP leader Arlene Foster, who held a mid-afternoon phone call with May, had earlier taken to the airwaves after reports emerged of the draft agreement that would give Northern Ireland a different regulatory status from the rest of Britain.

"Northern Ireland must leave the EU on the same terms as the rest of the United Kingdom," Foster, whose party supported Brexit, told reporters in televised comments in Belfast.

"We will not accept any form of regulatory divergence which separates Northern Ireland economically or politically from the rest of the United Kingdom," she said.

Northern Ireland, as part of the United Kingdom, is set to leave the European Union under Brexit while the Republic of Ireland remains an EU member.

Any deal stipulating different regulations for the province from mainland Britain would be a major concession to Dublin's demands for guarantees that the border will remain free-flowing after Brexit.

The fate of the proposed border deal now looks uncertain.

Varadkar said he had spoken to Juncker following the failure to reach an agreement "and he has confirmed to me that Ireland's position remains Europe's position".

He added: "I still hope that this matter can be concluded in the coming days as agreed."

The Irish prime minister urged May to listen to other parties in Northern Ireland.

The province voted in the referendum to remain in the EU by an 11-point margin.

"We need to have regard to what all of the parties think in Northern Ireland and also what the majority of people think," he said.

Monday's events also riled other parts of Britain that voted to stay in the EU.

First Minister of Scotland Nicola Sturgeon said she had already put forward detailed proposals for Scotland to remain in the single market, "which were previously rejected by the UK government as unworkable".

"Indeed, if Northern Ireland is effectively kept in the single market it makes it all the more vital for Scotland's national and economic interests that we are too," she said in statement.

Meanwhile leaders of devolved assemblies in Wales, whose population voted narrowly in favour of leaving the EU, and London made similar arguments on Monday.