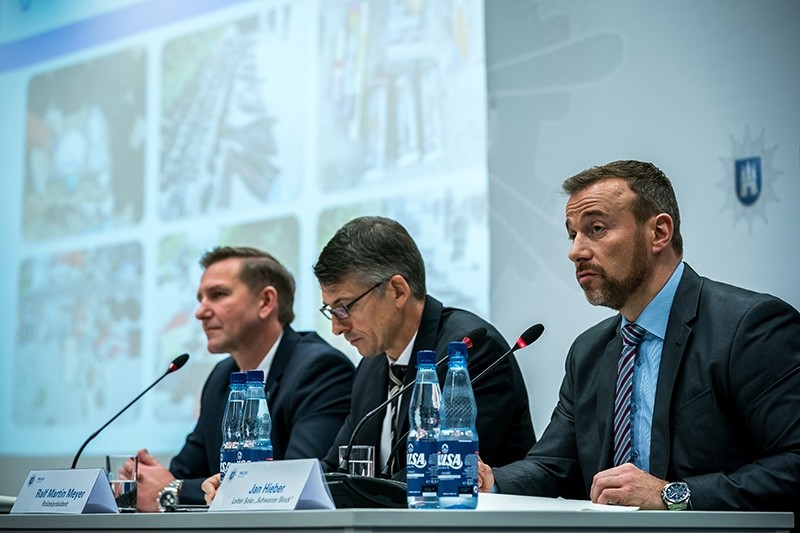 Police conducted dawn raids across Germany on Tuesday as part of investigations into violent clashes between anti-capitalist protesters and officers in the port of Hamburg at the Group of 20 leaders summit in July.

Hamburg police said officers were searching properties of the anti-capitalist group known as the "Black Bloc" in several federal states.

Scuffles between police and some anti-capitalist militants, in particular the Black Bloc, so named because its members wear black hoods and masks, marred the G20 summit, hosted by Chancellor Angela Merkel. Some militants hurled stones, bottles and fireworks.

Two of the locations were key gathering places of left-wing extremist organizers.

News agency dpa reported that they seized computers, cellphones and USB sticks, but Hieber said there were no arrests.

Hieber, who heads the unit investigating the crimes, said authorities were clearly differentiating between the tens of thousands who lawfully engaged in demonstrations against the G20 summit and those who planned criminal acts to disrupt the events.

Violent protests on the sidelines of the summit overshadowed the event and caused widespread damage in the Hamburg neighborhood surrounding the summit venue.