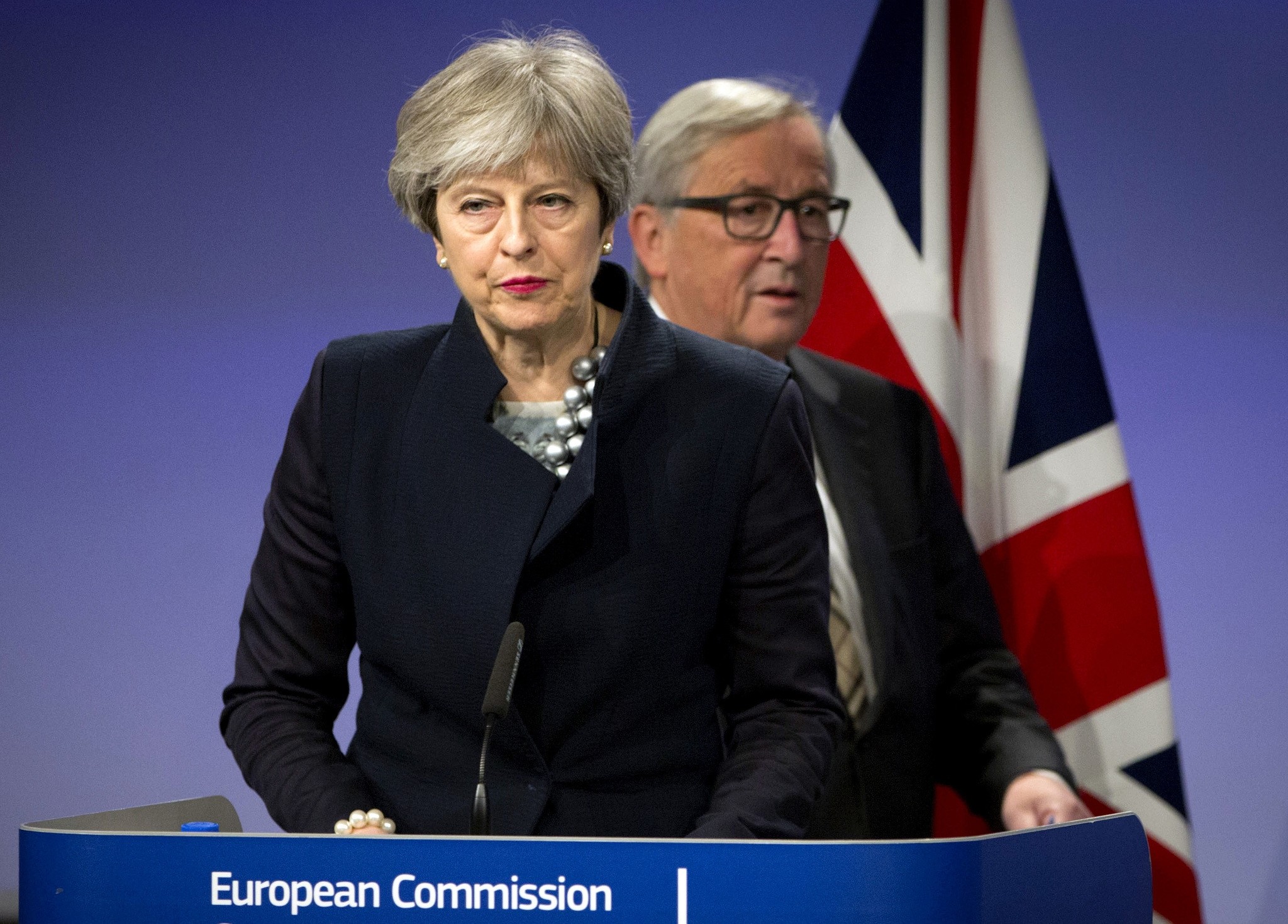 European Commission President Jean-Claude Juncker, right, walks behind British Prime Minister Theresa May prior to addressing a media conference at EU headquarters in Brussels on Monday, Dec. 4, 2017. (AP Photo)
by Compiled from Wire Services Dec 07, 2017 12:00 am

Both sides in Brexit talks said Thursday that more time is needed to agree on a deal as the European Commission pointed out it was ready to meet British Prime Minister Theresa May any time this week for further talks.

"So far no white smoke. We stand ready to receive prime minister May at any moment in time when they are ready," commission spokesman Margaritis Schinas told reporters in Brussels.

On the other hand, May's spokesman said they are close to an agreement to unlock the talks but there is more work to be done on a deal for the border with Ireland.

May is under pressure to persuade EU leaders to declare that sufficient progress has been made on divorce issues, including the Irish border, when they meet next week in Brussels so talks can move on to trade and future relations between the two sides. Business leaders warn further delays will hurt companies as they plan for the future.

Ireland's prime minister, Leo Varadkar, said late Wednesday he hopes May will submit a new offer "tonight or tomorrow." Disagreements over rules governing the border between the Republic of Ireland, which is a member of the EU, and the U.K. province of Northern Ireland derailed an earlier proposal.

Existing rules allow people and goods to pass freely between the Republic and Northern Ireland with no border checks. Ireland wants to preserve the current arrangements, which have eased tensions along the border. May is struggling to balance those demands against the concerns of Northern Ireland's Democratic Unionist Party, which she relies on to support her government in Parliament.

"We will not loosen our position," he told Ireland's Parliament, the Dail. "We will stay very firm."

The British and Irish prime ministers discussed the Brexit impasse in a phone call Wednesday, but there was no sign of an imminent breakthrough.

May's office said she and Varadkar are "working hard to find a specific solution to the unique circumstances in Northern Ireland," which have triggered a crisis in Britain's divorce negotiations with the European Union.