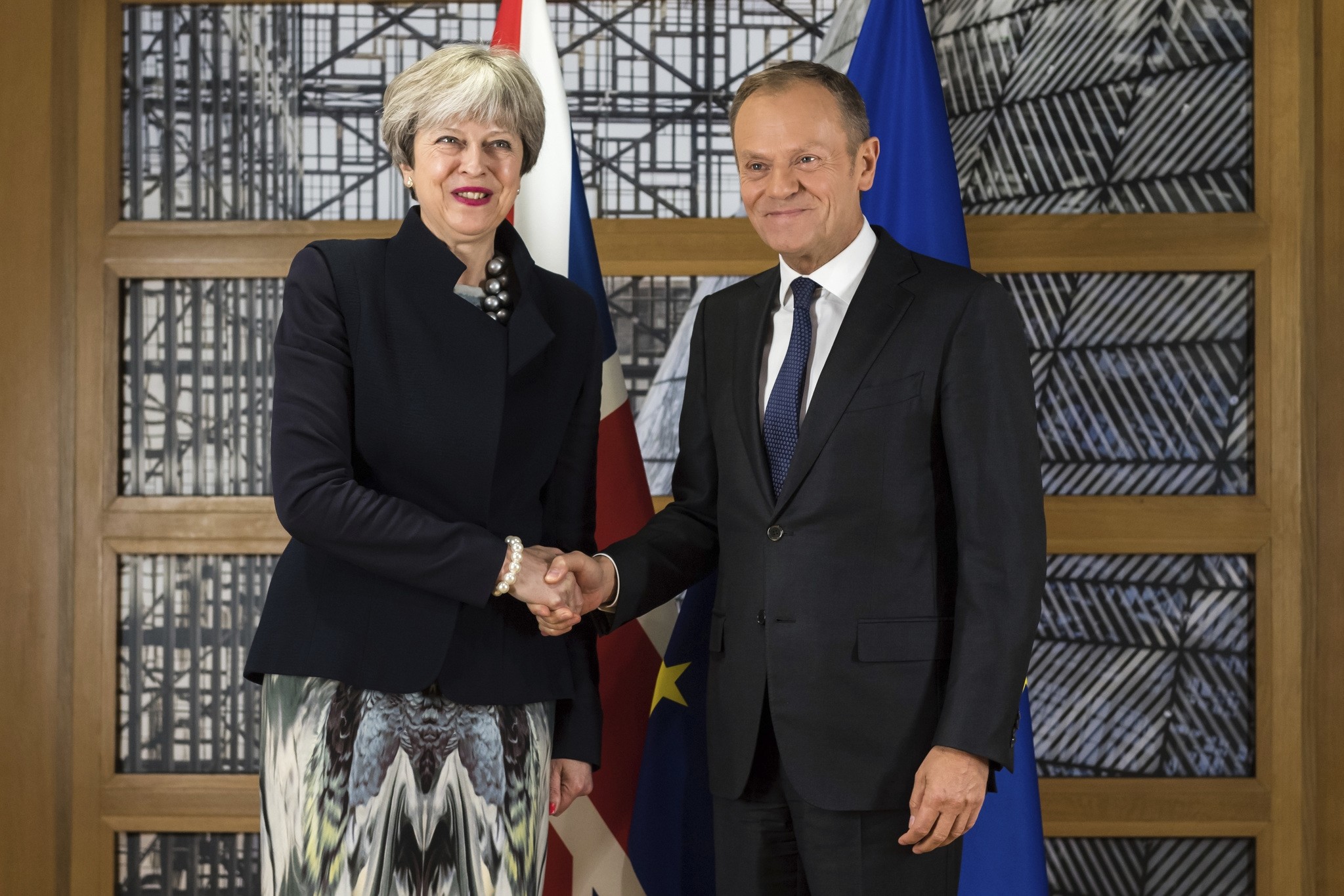 European Council President Donald Tusk will make a statement on Brexit early on Friday, his office said on Thursday, prompting speculation on the fate of British Prime Minister Theresa May's plans for a deal with Brussels.

She was in Brussels about to agree outline divorce terms on Britain's withdrawal on Monday, Dec. 4, when she was interrupted by objections from her Northern Irish allies to a planned wording on the Irish border. Talks have been continuing since then to try to resolve the dispute so that EU leaders will agree at a summit next Friday, Dec. 15, to open talks on future trade.

No details were available of Tusk's plans for the morning, when he will brief reporters at 7:50 a.m. (0650 GMT). An EU official noted, however, that he would be departing for a scheduled visit to Hungary at 8:15 a.m.

Earlier, a spokesman for European Commission President Jean-Claude Juncker said May had an effective deadline of Sunday night if she wants to return to Brussels to seal a deal and hope to have agreement on trade talks next Friday.

Tusk's role in the delicate choreography of reaching an accord had been to wait until May strikes a deal on making "sufficient progress" on divorce terms with Juncker's Brexit negotiator Michel Barnier. Tusk would then confirm that he is asking the other 27 EU national leaders to consider draft guidelines on trade negotiations for approval at the summit he will chair.

However, Tusk has also warned that time is running out for him to secure the agreement of the other leaders to opening the trade talks on such a tight schedule after May and Barnier reach agreement. Failure, officials say, would push any deal back into the new year, unnerving already worried investors in Britain.

Tusk said in October that if London failed to settle divorce terms by the end of this year, the EU would have to reconsider its approach to negotiations intended to limit disruption when Britain leaves the European Union in March 2019.

Senior officials have said this week that a more immediate consequence of failing to strike a deal this month could be new pressure on May at home to step down -- which in itself could greatly disrupt the negotiating process.