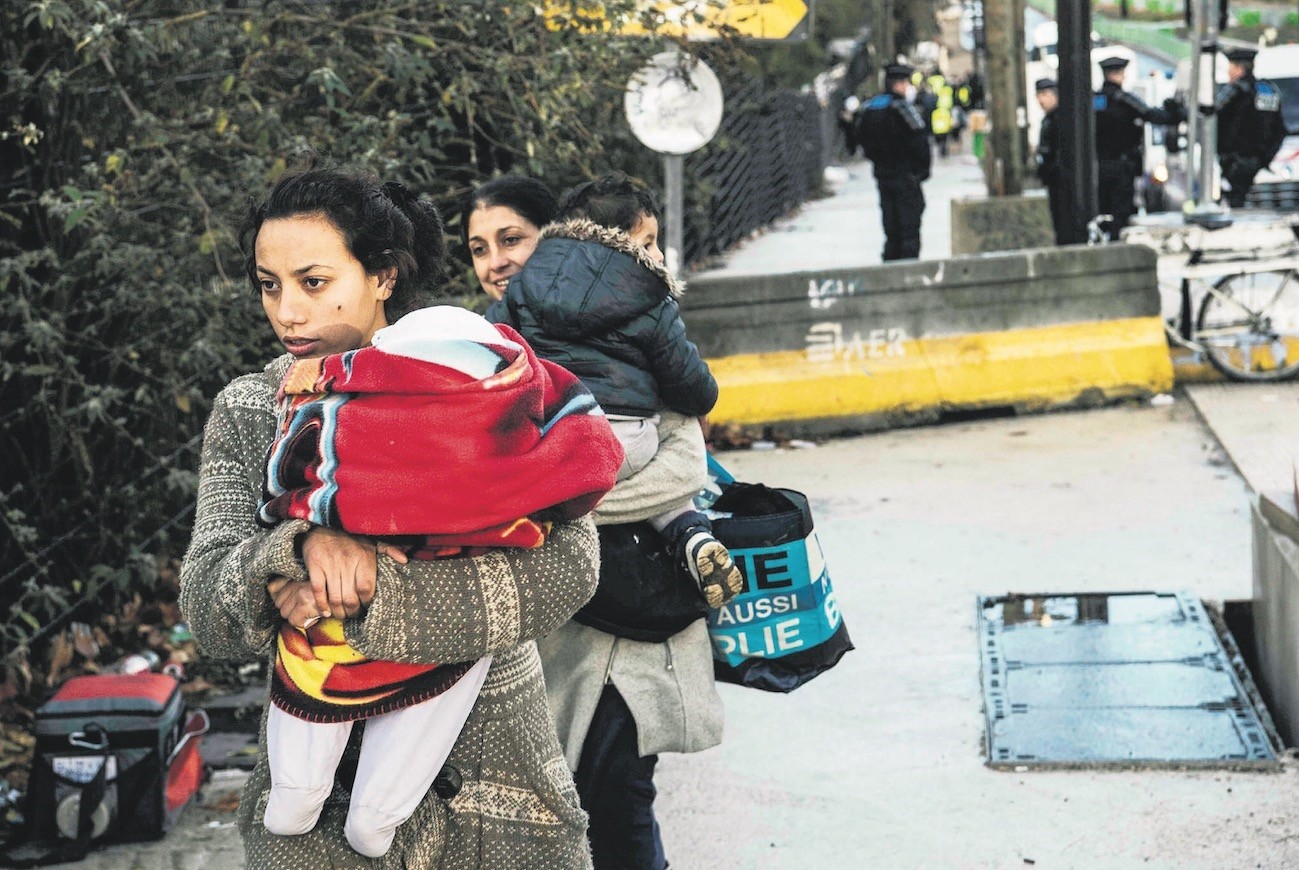 Roma women carry children during their evacuation by police from a makeshift camp, Paris, Nov. 28.
by Compiled from Wire Services Dec 07, 2017 12:00 am

Persisting, widespread discrimination, intolerance and hatred across the EU threatens to marginalize and alienate many minority group members, an EU rights group reports

Minorities and immigrants across the European Union continue to face high levels of discrimination, the bloc's Fundamental Rights Agency (FRA) reported Tuesday, criticizing the fact that the situation has hardly improved over the past decade.

"Today, these new results show that our laws and policies are inadequately protecting the people they are meant to serve," FRA director Michael O'Flaherty said. "With every act of discrimination and hate, we erode social cohesion and create inequalities that blight generations fueling the alienation that may ultimately have devastating consequences."

The Vienna-based agency presented a survey of 25,500 people in all of 28 EU countries who belong to minorities, such as Roma and people with roots in North Africa and South Asia. Compared to a similar survey that the FRA conducted in 2008, respondents experienced nearly the same levels of intolerance and hatred as they did a decade ago, according to the agency.

In the new poll, 38 percent said they were discriminated against in the past five years, especially when looking for a job.

People from North Africa and from sub-Sahara as well as Roma were especially affected. The Roma, also known as Gypsies or Travelers, are an ethnic minority in Europe that often experience prejudice and social exclusion. Amid calls on its 28 member states to better integrate the bloc's estimated 6 million Roma, national integration policies seems to be falling short.

Millions of citizens in the European Union battle discrimination and poverty from birth because they are Roma, according to a November 2016 FRA report. The European Union has put an emphasis on improving Roma lives after centuries of discrimination, which culminated in the Holocaust, which that led to the deaths of about 500,000 Roma in addition to the up to 6 million Jews killed. Last year's report notes improvement in some categories. However, it warns of continuing "widespread deprivation ... [that] destroys Roma lives" in the countries where most of the EU's estimated 6 million Roma live – Bulgaria, the Czech Republic, Greece, Spain, Croatia, Hungary, Portugal, Romania and Slovakia. According to the survey, 30 percent live in households with no tap water and 46 percent have no indoor toilet, shower or bathroom, revealing the state of living conditions. Some 30 percent of Roma children live in households where someone went to bed hungry at least once in the previous month.

Among second-generation immigrants, 31 percent in the past year were harassed because of their origins and half of this group reported at least six incidents in that period.

Members of minorities trust public institutions more than the overall population does, according to the survey, and many feel strong bonds to the country they live in. However, people who have faced discrimination, harassment or hate crimes show lower trust and weaker bonds, the FRA found.