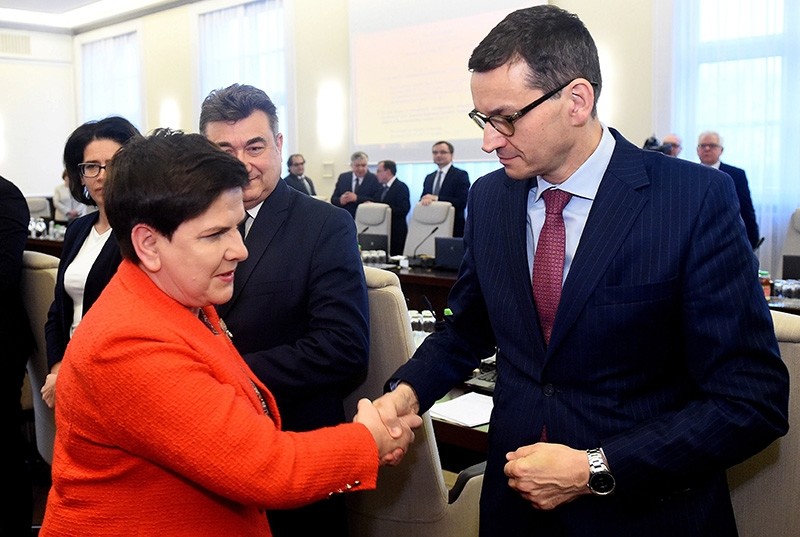 Poland's governing rightwing party on Thursday tapped its Finance Minister Mateusz Morawiecki, an ex-banker, to replace Prime Minister Beata Szydlo who tendered her resignation as the administration focuses more on the economy.

Mazurek added that Szydlo had tendered her resignation to the PiS political committee.

Earlier Thursday, Szydlo survived a no-confidence motion in parliament tabled by the liberal opposition, amid reports that she would be replaced by her own party by the end of the day.

PiS leader Jaroslaw Kaczynski, the country's most powerful politician and the man believed to be calling all the shots, had also been one of the figures tipped to replace Szydlo.

She is expected to stay on as a deputy prime minister in the PiS government, deputy foreign minister Jan Dziedziczak told the Polish PAP news agency.

Further changes to the government are due in January, the PAP said.

Development and Finance Minister Mateusz Morawiecki, 49, has made a name for himself by taking on tax evasion and bolstering the welfare state.

Critics however accuse him of wasting a golden opportunity offered by a strong economy to consolidate public finances.

He has a cosmopolitan pedigree while strongly asserting his patriotism, and makes no secret of his desire to banish all traces of Poland's communist past from public life.

He is expected to focus the government's efforts on boosting economic growth and investment during the second half of its four-year term.