Putin yet to decide whether to run as an independent or not, spox says 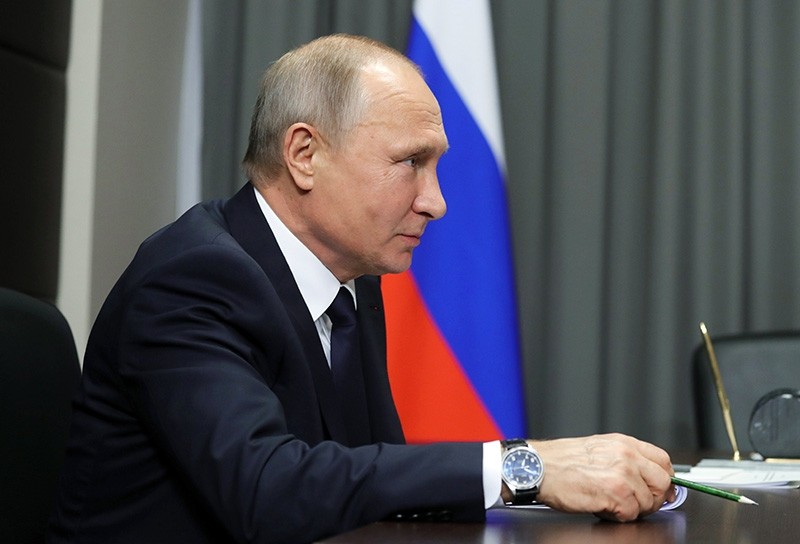 Russian President Vladimir Putin has not decided yet whether to run for office next year as an independent candidate or secure support from the ruling party, his spokesman said Thursday.

The 65-year old Russian leader, who has ruled the country since 2000, ended months of speculation by announcing Wednesday that he would seek his fourth term in office in the March 18 presidential vote. Putin's 80-percent approval ratings make his victory all but certain.

Putin spokesman Dmitry Peskov told reporters Thursday that the president has yet to make up his mind whether he would run as an independent or on United Russia's platform.

United Russia won last year's parliamentary election, but is nowhere near as popular as Putin. The Russian president may want to avoid association with the party, which has been tainted with corruption scandals.

Asked if there is anyone to challenge Putin, Peskov told reporters Thursday that Putin is "the strongest candidate."

"The level of the popular support that he enjoys is unavailable for other candidates," Peskov said.

The Kremlin has been worried about growing voter apathy, and the uncertainty over Putin's plans seemed intended to encourage public interest in the race.

Putin's most visible adversary, anti-corruption crusader Alexei Navlany, declared his intention to run last December but a criminal conviction bars his from running for president. Navalny has been convicted on two separate sets of charges largely viewed as politically motivated.

Despite the ban, Russia's most popular opposition politician has mounted a grassroots campaign and held rallies across Russia to pressure the Kremlin to allow him to run.