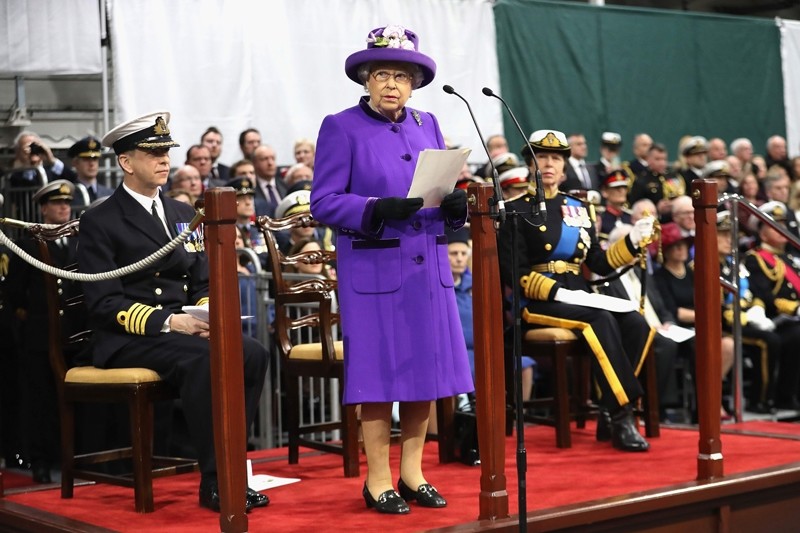 Britain's Queen Elizabeth II (C) gives an address as she attends the Commissioning Ceremony for the Royal Navy aircraft carrier HMS Queen Elizabeth at HM Naval Base in Portsmouth, southern England ( AFP Photo)
by Dec 07, 2017 12:00 am

"HMS Queen Elizabeth embodies the best of British technology and innovation," Elizabeth II said at the ceremony on board the ship in Portsmouth on England's south coast.

"She will in the years and decades ahead represent the country's resolve on the global stage," she said. 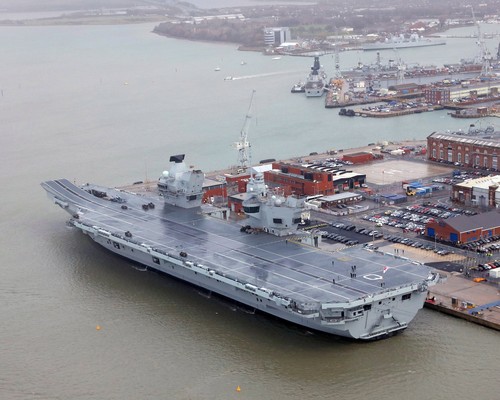 Britain has been without any carrier strike capability since the government scrapped previous vessels in 2010 as part of austerity measures to curb a huge deficit.

Elizabeth II named the ship in 2014, smashing a bottle of whisky on its side, but it is not expected to be fully operational until 2021.

The project had been dogged by questions about the US-built F-35 jets, due to be deployed on the aircraft carrier, and about the need for mammoth aircraft carriers when Britain's military role in the world has diminished.

The F-35 stealth fighter, which is being built by the US in conjunction with Britain and other countries, has been heavily criticised for its high price tag and a series of delays over air safety concerns.