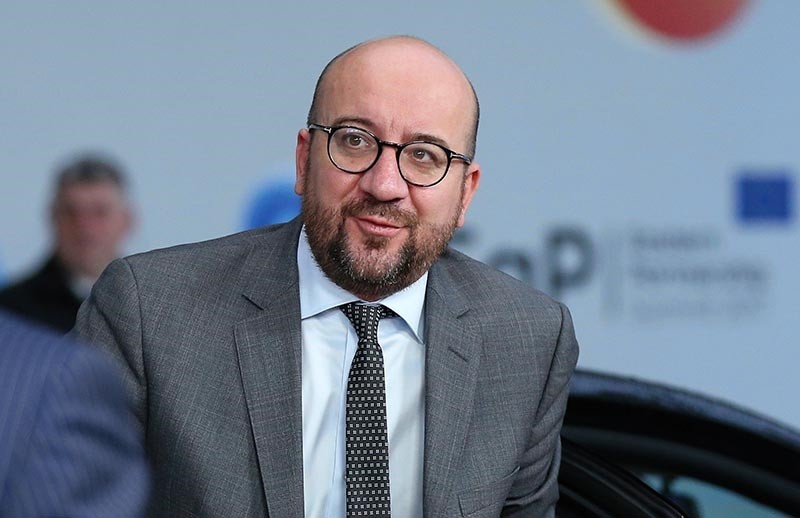 "We explicitly condemn this unacceptable decision," Michel said. He said the Belgian Embassy will remain in Tel Aviv and added that the EU Summit next week must send a "strong message" to the U.S. decision, the Anadolu Agency reported.

Prime Minister Michel also said that he perceives the U.S. decision as a threat to the peace process.

Belgian Foreign Minister Didier Reynders also said Thursday that the European Union (EU) must take a "more active role" in any dialogue in the Middle East over Jerusalem.

Speaking in a Radio 1 interview in Belgium, Reynders said the unilateral decision of U.S. President Donald Trump to recognize Jerusalem as Israel's capital was regrettable.

Reynders said there was a huge risk of violence, adding: "We must now move towards dialogue and not take a unilateral decision."

"Now the EU needs to play a more active role in the peace process. We have an important position as one of the main trading partners of Israel and one of the main supporters of the Palestinian government," he said.

The Belgian minister also stressed that a two-state solution is the right option. Meanwhile, the EU said its "position remains unchanged".

"The EU and its Member States will continue to respect the international consensus on Jerusalem embodied in, inter alia, UNSCR 478, including on the location of their diplomatic representations until the final status of Jerusalem is resolved," an EU statement read.

"A negotiated two-state solution, which fulfils the aspirations of both sides, is the only realistic way of bringing the lasting peace and security that both Israelis and Palestinians deserve," the statement added.

Ahead of his election last year, Trump repeatedly promised to relocate the U.S. Embassy to Jerusalem.