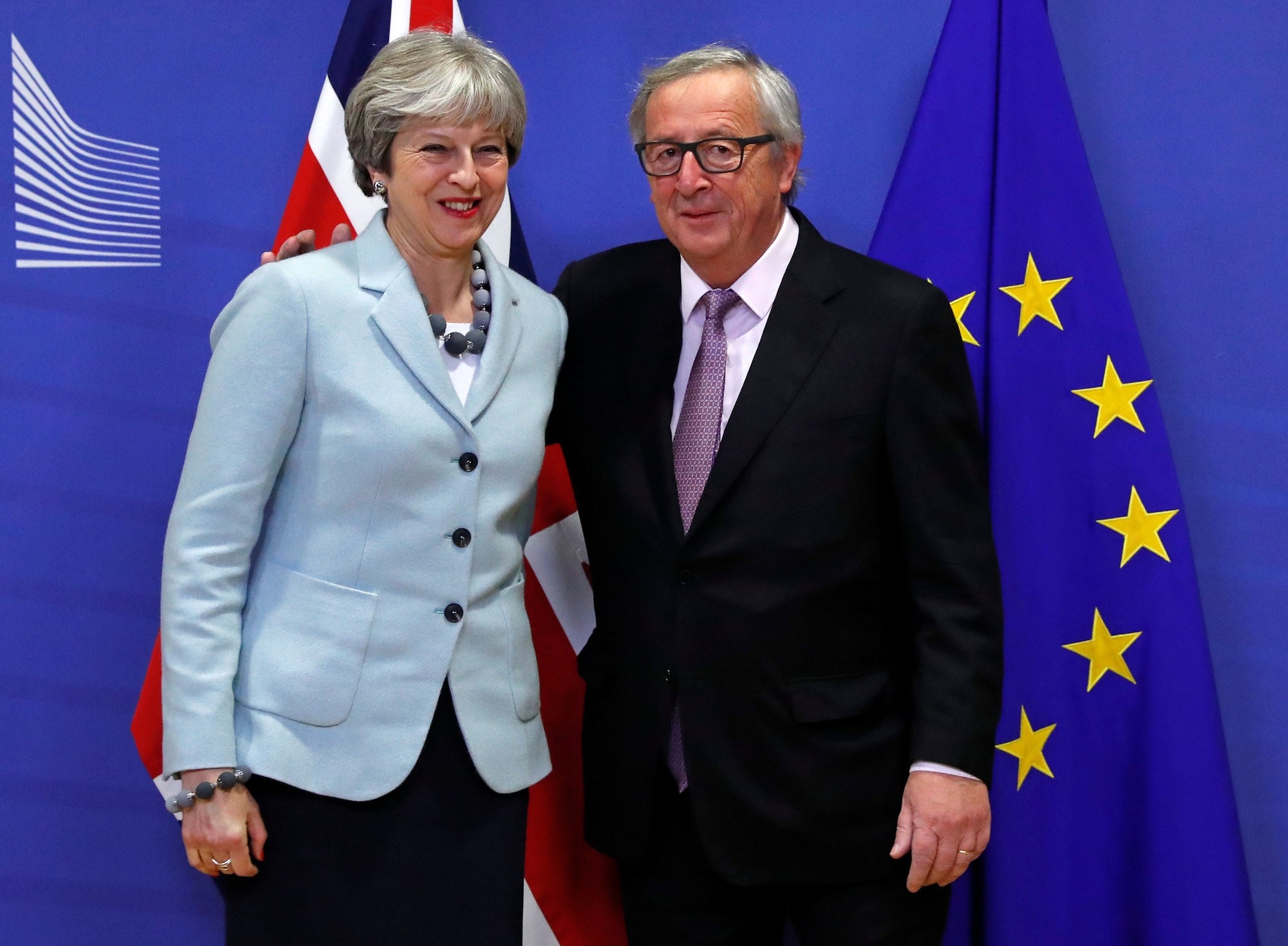 Britain and the European Union made a significant breakthrough Friday in Brexit talks, after a flurry of overnight telephone calls between British Prime Minister Theresa May and Irish and EU leaders bridged differences over Irish borders.

"I believe that we have now made the breakthrough that we needed," European Commission President Jean-Claude Juncker told reporters.

He said that he would recommend to European Union leaders that "sufficient progress has been achieved" on the terms of the divorce to starting talking about issues like future relations and trade.

EU leaders meet in Brussels next Thursday and are likely to endorse the assessment that enough progress has been made on the terms of Britain's financial settlement, the status of Irish borders and the rights of citizens hit by Brexit.

Juncker repeated that he didn't want Britain to leave the EU — the first time a member country has ever done so — saying "I will always be sad about this development but now we must start looking for the future."

Britain leaves the EU on March 29, 2019, but negotiations must be wrapped up within a year to leave time for parliaments to endorse any deal.

Business leaders warn further delays will hurt companies as they plan for the future.

Existing rules allow people and goods to pass freely between the Republic of Ireland and Northern Ireland with no border checks. Ireland wants to preserve the current arrangement, which has eased tensions along the border. May is struggling to balance those demands against the concerns of Northern Ireland's Democratic Unionist Party, which she relies on to support her government in Parliament.

May said that Northern Ireland has "a set of unique circumstances" because it has the U.K.'s only land border with an EU country. The border issue has been threatening to derail the divorce talks.

Earlier this week, the DUP scuttled a deal between the U.K and the bloc, prompting the frantic diplomacy.

May said Friday that the agreement would maintain an open border while preserving the constitutional and economic integrity of the U.K.

She also met Friday with European Council President Donald Tusk, who will chair next Thursday's summit, while her Brexit envoy, David Davis, was meeting with his EU counterpart, Michel Barnier.