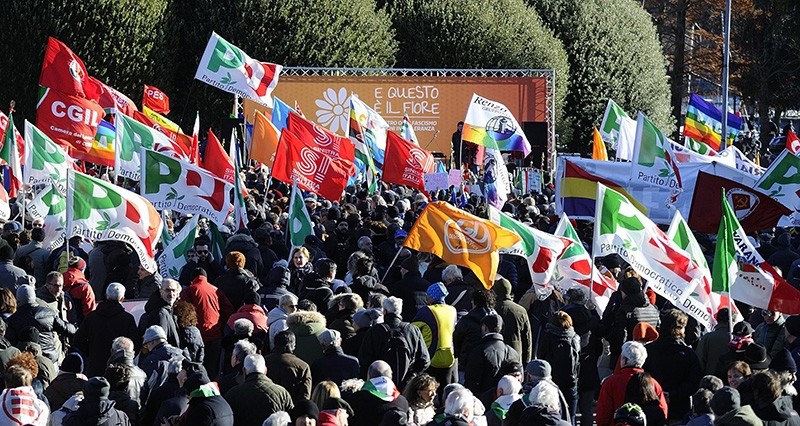 Thousands of people joined a march against fascism in northern Italy on Saturday, in response to anti-immigration action by far-right groups.

"Today in Como is an important day. There are more than 10,000 of us taking part in this demonstration against all forms of fascism and intolerance," said Maurizo Martina, deputy secretary of Italy's centre-left Democratic Party (DP).

Among the crowd marching in the northern town of Como, a rally organized by an alliance of leftwing parties, was former prime minister Matteo Renzi.

Days later masked activists from another far-right organization, New Force, stormed the Rome offices of the daily Repubblica and L'Espresso weekly brandishing smoke cannisters and calling for a boycott of the publications which they said supported immigration.

Earlier this week swastikas and other fascist insignia were daubed on the walls of a leftwing association in Udine, northeastern Italy.

Some observers have blamed the resurgence of fascism on rivalry between rightwing groups in the country.