Ferry runs aground at France's Calais port, no injuries 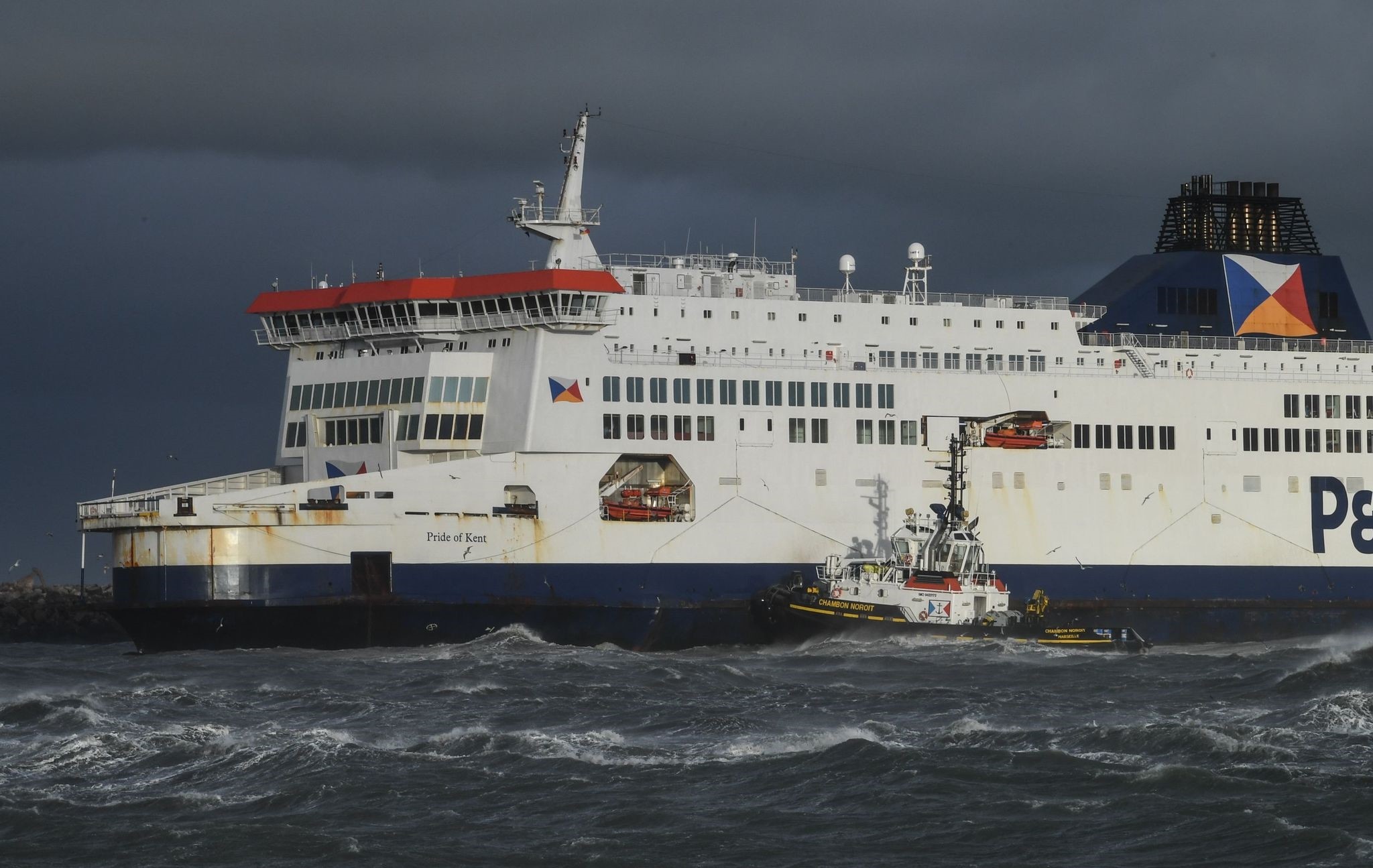 A ferry with more than 300 people on board ran aground Sunday in high winds at Calais in northern France, interrupting traffic in one of Europe's busiest passenger ports but causing no injuries.

"The vessel is stable. Port officers are looking at how to refloat it," an official in the local administration told AFP, without giving his name.

A spokeswoman for the P&O shipping company said the ferry, The Pride of Kent, ran aground after it hit a gangway while making to leave for Dover, its destination in Britain.

There were 316 people on board, 208 of them passengers, government officials said.

Two tug boats were trying to pull the ferry free but the task was proving difficult, said an AFP correspondent at the scene.

More than 9 million passengers used Calais to cross the channel in 2016, according to official numbers.