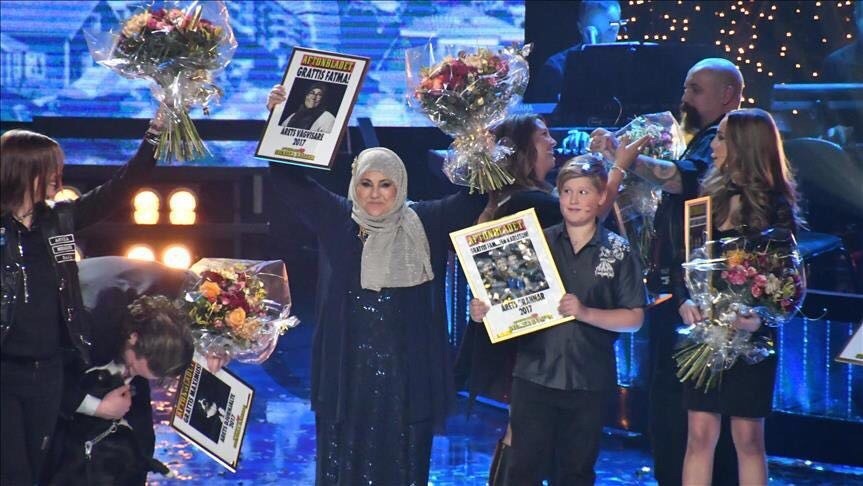 A 63-year-old mother of seven was named the 2017 "Hero of the Year" late Monday by Sweden's leading Aftonbladet daily.

Turkish national Fatma İpek Alcı received the most public votes for the award in the "Guiding Light" category.

Speaking to Anadolu Agency, Alcı, who moved to Sweden 30 years ago, said she established a "security association" in her neighborhood with middle-aged Turkish women to maintain security in her community.

"We, with more than 20 members of the association, ensure the safety of the Fittja neighborhood by taking night walks on Fridays and Saturdays," she said.

The women of the association have managed to prevent youths from damaging local markets, she added.

"I have received this award on behalf of Turkish women."

The 2017 Swedish Heroes awards ceremony was attended by leading politicians, artists and sports figures in the capital, Stockholm.