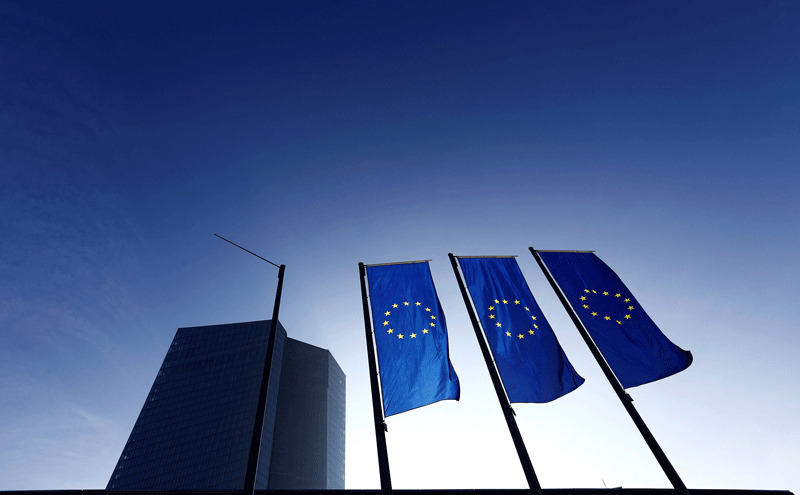 European Union leaders are gathering in Brussels set to move Brexit talks into a new phase as pressure mounts on Prime Minister Theresa May over her plans to take Britain out of the 28-nation bloc.

Heated debate is also likely as the leaders thrash out whether mandatory refugee quotas should remain a part of the EU's response to the arrival of thousands of migrants in Greece and Italy.

They are also due to officially endorse a new system of defense cooperation, bringing order to the way nations cooperate on security matters.

European nations are set to sign a pact between 25 EU governments to fund, develop and deploy armed forces together after Britain's decision to quit the bloc.

First blocked by the French parliament in the 1950s and later by Britain, which feared an EU army, the pact aims to end the squandering of billions of euros by splintered defense policies and Europe's heavy reliance on the United States.

"No one EU country can provide security to its citizens on its own," EU foreign policy chief Federica Mogherini said.

"That's why three-quarters of EU citizens support this," she said in a speech on Wednesday night, referring to EU surveys.

European Union leaders will launch the Permanent Structured Cooperation, or PESCO, at 1845 CET (1745 GMT) at a summit in Brussels, in one of the most tangible steps in EU integration since Britons voted to leave the bloc.

Defenses integration was revived by France and Germany, with support from Italy and Spain, in a show of unity after Brexit.

A bigger impetus came from failings in the 1990s, when EU governments were unable to act in the Balkan wars and relied on U.S.-led NATO to stop the bloodshed on their doorstep.

In Libya in 2011, a Franco-British air campaign ran out of munitions and equipment and was again forced to turn to the United States in what is considered an enduring embarrassment for the European Union, a major economic power.

Caught off guard by Russia's Crimea annexation in 2014 and facing a host of threats including state-sponsored computer hackers and militant attacks, EU governments appear to have overcome their aversion to working together in military matters.

U.S. President Donald Trump's criticism of low European defense spending, a host of divisions on foreign policy, and Trump's warnings to allies that they could no longer rely on the United States if they did not pay up have also played a role.

"It's sad that we needed Donald Trump to give us a boost, but whatever, it is the right outcome," said former German foreign minister Joschka Fischer, who as minister backed NATO's intervention in Kosovo in 1999 but opposed the 2003 Iraq war.

Unlike past attempts at European defense integration, the U.S.-led NATO alliance backs the project, aiming to benefit from stronger militaries. NATO Secretary-General Jens Stoltenberg will attend part of the two-day EU summit in Brussels.

Issues still remain about financing future EU missions. An EU defense fund, with money from the European Commission for the first time, still needs to be approved, although a pilot phase is already underway for defense research.

In one irony noted by EU diplomats, British Prime Minister Theresa May, who is attending the summit, will witness the launch of a project championed by Britain in the late 1990s but of which it will not be part, along with Denmark and Malta.

A 1998 Anglo-French EU defense accord is seen as the genesis of Thursday's agreement. In a possible compromise on PESCO, Britain may be able to join in later on, but only on an exceptional basis if it provides funds and expertise.