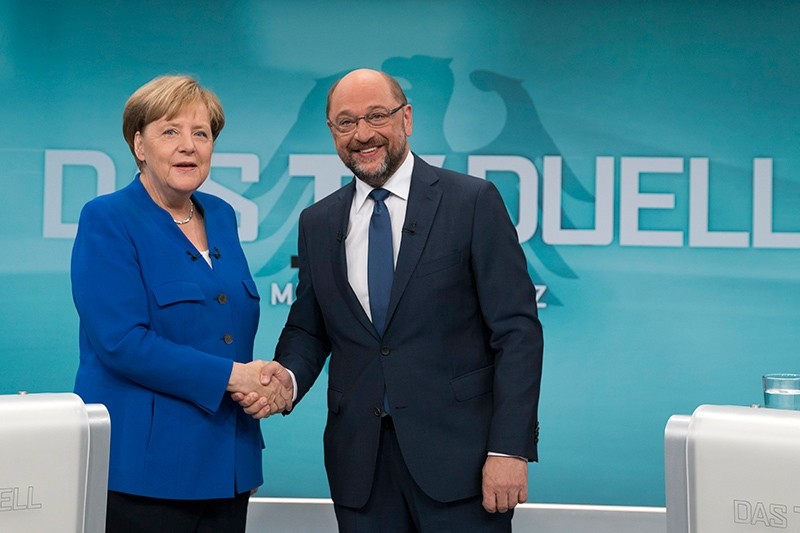 A handout picture released by German TV broadcaster WDR shows German Chancellor Angela Merkel (L) of the CDU and Martin Schulz, leader of the SPD shaking hands prior to their TV debate in Berlin, Germany, Sept. 3, 2017. (via EPA)
by Compiled from Wire Services Dec 15, 2017 12:00 am

Any final decision on supporting a Merkel-led government must be ratified by party members at a special congress.

The move is highly unpopular among some party members because the previous coalition government between the two was followed by a record-low election result for the SPD in September.

The collapse of talks with two smaller parties last month left Merkel with two options: forming a minority government or entering talks with the SPD for another grand coalition. She has ruled out the former, arguing that Europe needs a stable German government.