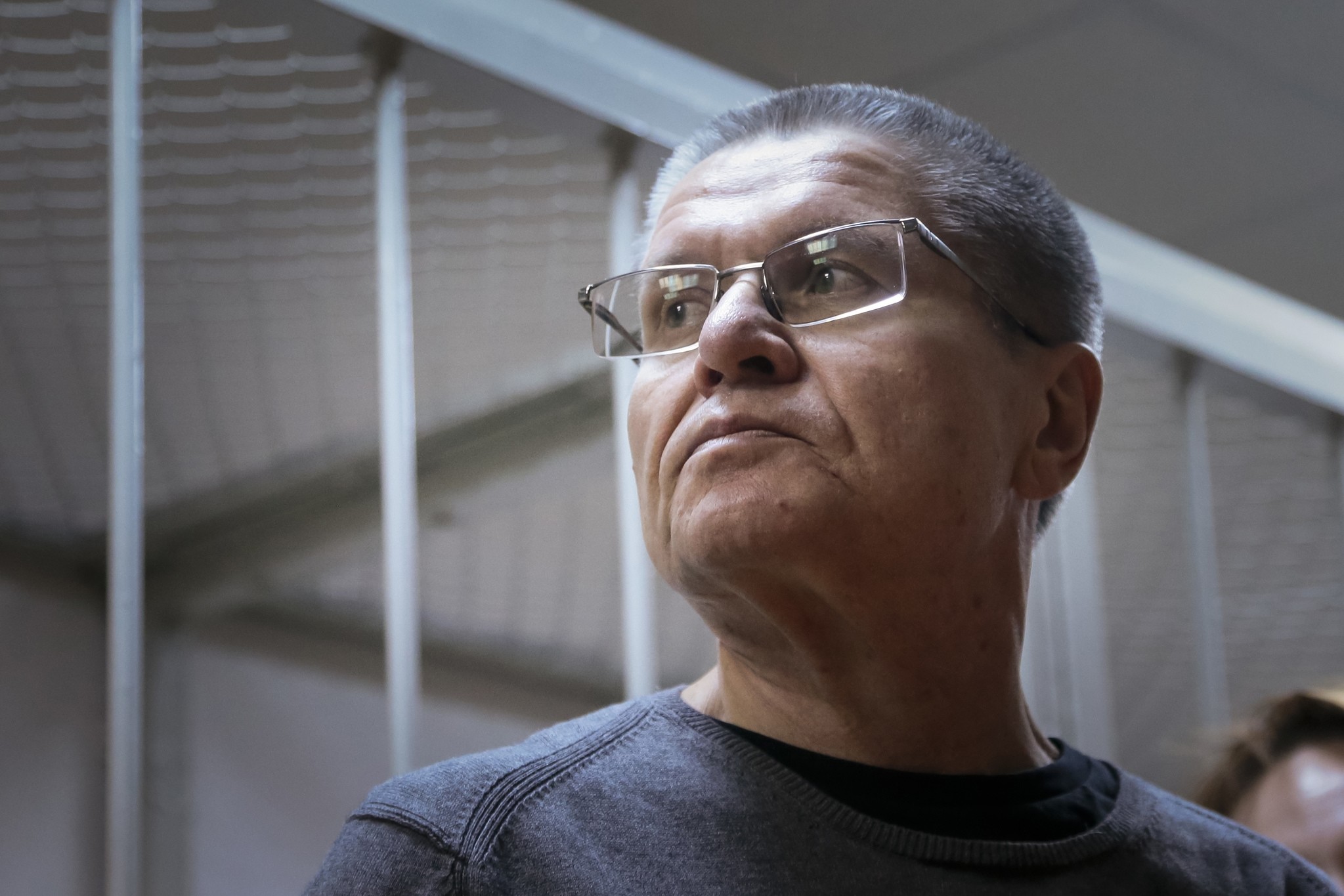 Russia's former economics minister was handed an eight-year prison sentence Friday after being convicted of accepting a $2 million bribe from one of President Vladimir Putin's top associates.

The high-profile trial of Alexei Ulyukayev has been widely seen as part of infighting between Kremlin clans. Ulyukayev was a key member of a group of liberal-minded technocrats in the Cabinet, while his accuser, Igor Sechin is the most prominent representative of the hard-line flank of the Russian elite.

Sechin heads Russia's largest oil producer, Rosneft, and his clout seconds only that of Putin.

The 61-year-old Ulyukayev is the highest-ranking Russian official to be arrested in more than two decades. The case was viewed by many as Sechin's personal vendetta against Ulyukayev, who had been critical of a Rosneft privatization plan proposed by Sechin.

Ulyukayev was detained a year ago at Rosneft's headquarters following a sting operation by the Federal Security Service (FSB), the main KGB successor agency.

Sechin claimed in written testimony that Ulyukayev was extorting a bribe from him in exchange for issuing a positive assessment of Rosneft's bid to take over another oil company, Bashneft.

Ulyukayev denied the charges, calling them a provocation set up by Sechin. The minister argued that a person would have to be insane to try to extort a bride from the powerful Sechin.

Sechin has flaunted repeated court orders to testify as a witness at Ulyukayev's trial, citing urgent business. Asked Thursday about Sechin's failure to show up, Putin said at his marathon news conference that he saw no violation of legal procedures by his lieutenant.

A Moscow court on Friday also ordered Ulyukayev to pay a $2.2 million fine.

Ulyukayev, who had been under house arrest since his detention in November last year, was taken into custody after the verdict Friday. The judge also ruled that he should be held in a maximum security prison.

Ulyukayev's lawyers said they would appeal the verdict.

Most observers had expected Ulyukayev to get a delayed sentence and be set free, and the ex-minister appeared shaken by the verdict.

Alexei Kudrin, a former finance minister who has retained influence thanks to his personal ties with Putin, deplored the ruling on Twitter, calling it a "horrible, unfounded verdict."

In his final arguments earlier this month, Ulyukayev accused Sechin of staging a "horrific and cruel provocation" against him.

In November 2016, Ulyukayev showed up at Rosneft's office at Sechin's invitation to discuss the company's operations, and accepted a bag from Sechin while leaving. He was then arrested by the FSB, which said it opened the bag and found it full of cash.

Ulyukayev testified at the trial that he thought that the bag contained several bottles of wine that Sechin had promised as a gift to him.

In wire tapes played out to the court at the trial, Sechin was heard telling Ulyukayev to also take a basket of sausage. Russian media say that Sechin, an avid hunter, has a habit of presenting high-level connections with baskets of sausages from his own butcher's shop.

Referring to Sechin's failure to show up at the court, Ulyukayev said the key witness "disappeared, leaving only a whiff of sulfur in the air" a reference to Sechin's sinister image.

In his emotional final argument, Ulyukayev, who writes poems, pleaded not guilty to "those absurd accusations" and likened himself to an "elderly gladiator with a paper sword" trying to fend them off.

He said he was guilty of a different thing: "I too often compromised, looked for easy ways and put my career and well-being above defending principles."

Ulyukayev pledged to devote the rest of his life to "defending people's interests."