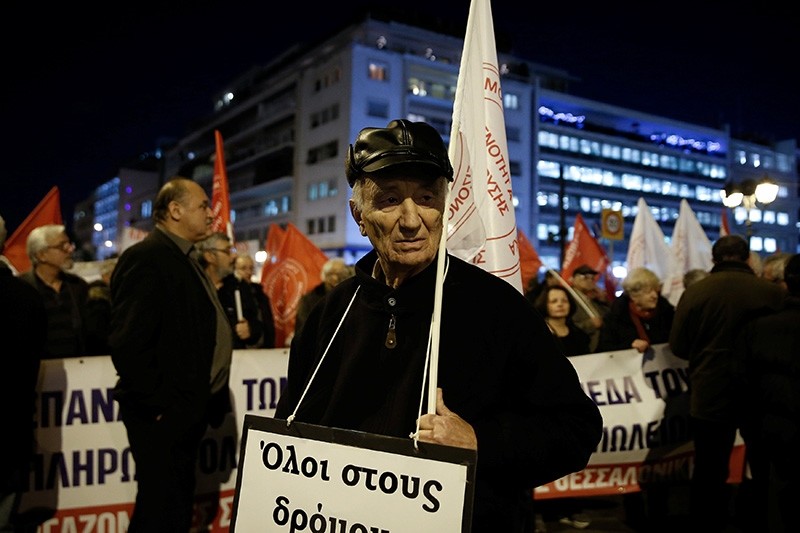 A pensioner takes part in a demonstration against planned pension reforms outside the parliament building in Athens, Greece, December 15, 2017. (Reuters Photo)
by Dec 15, 2017 12:00 am

Several thousand pensioners blocked central Athens on Friday afternoon in protest against austerity measures which include multiple cuts to their income.

Many protesters arrived from other cities to join the demonstration in front of the parliament. The rally paralyzed traffic in the densely populated city.

They waved signs with slogans such as "thieves, liars, give us our lives back" or "we earned pensions which you cut with our blood."

Greece has agreed to hundreds of reforms over the past seven years in order to meet the conditions for three bailouts since it went into a financial meltdown in 2010.

Pensions have been reduced more than a dozen times since then.