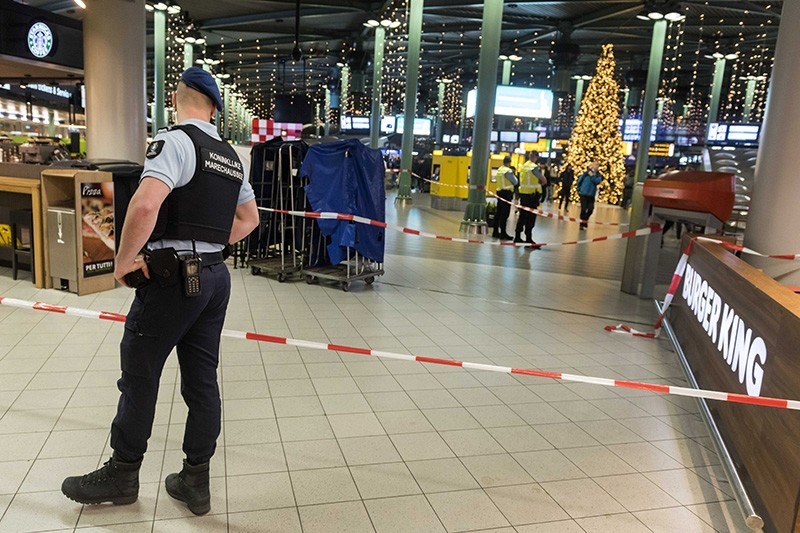 A knife-wielding man who was shot and wounded by Dutch military police after bursting into their office at Amsterdam's Schiphol airport was "confused" a spokesman said Saturday, adding that it was not terror related.

The incident on Friday triggered panic on the airport's vast plaza, which is criss-crossed by thousands of people every day making their way to and from the departures and arrivals halls.

"It was the case of a confused man," spokesman Komba Steven told AFP. "This is not a terror attack for us."

The 29-year-old is in an Amsterdam hospital, Steven said, adding that the man appeared to have acted alone.

Schiphol airport is one of Europe's top five busiest air hubs, handling a record 63.6 million passengers in 2016, up from 58 million in 2015.

Meanwhile, the Dutch justice ministry said it had stripped the Dutch nationality of two brothers convicted for terrorist crimes and living in the Rotterdam region. It did not specify their country of origin.