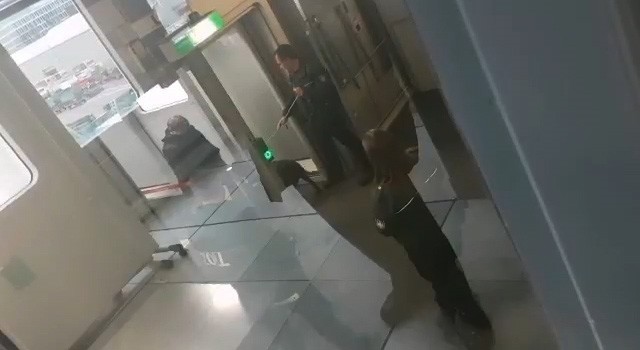 German airport police have searched passengers flying from Istanbul with police dogs at the Duesseldorf Airport on Saturday.

A passenger captured the moment police dogs sniffed passengers and their belongings, blocking an already tight passage through a metal detector, as they left the Turkish Airlines plane.

Some of the passengers appeared hesitant as the dog closely approaches every person trying to walk through the metal detector.

Mustafa Yeneroğlu, a lawmaker for the Justice and Development Party (AK Party), reacted to the incident with a video tweet mentioning the Twitter account of the Duesseldorf airport.

"Neither guests, nor passengers should be welcomed with dogs! German-Turkish relations will certainly not improve like this! Obvious harassment doesn't ensure safety, but strengthens distrust against security personel," Yeneroğlu commented on the video he shared.

A similar incident happened in Germany's Munich airport in October.