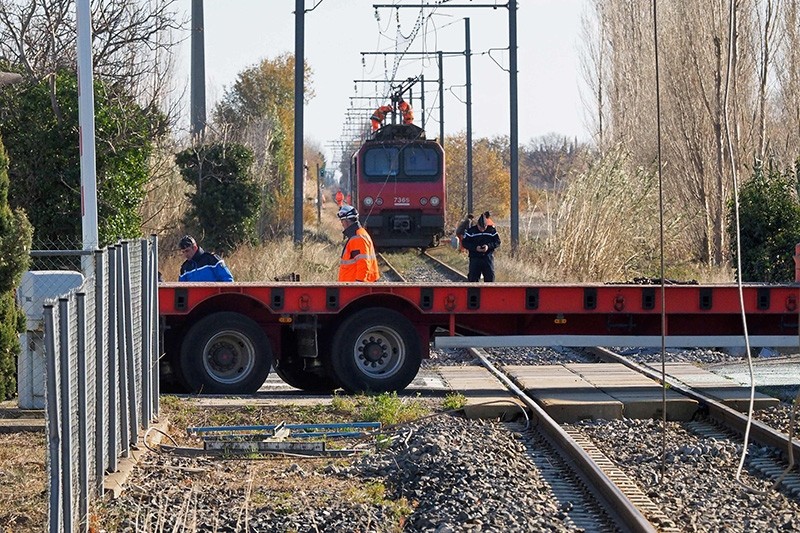 Gendarmes and employees of the National society of French railways (SNCF) investigate at a level crossing in Millas, on December 17, 2017. (AFP Photo)
by Compiled from Wire Services Dec 18, 2017 12:00 am
The death toll from a collision between a train and a school bus near the town of Perpignan in southwestern France has risen to six, the region's administrative head said on Monday.

The train collided with a school bus carrying children between the age of 11 and 17 on a crossing on Thursday.

"Unfortunately, another victim passed away...taking the toll to six," the Pyrenees-Orientales administrative head said on Twitter.

Five children traveling on their school bus when an express train struck it last Thursday at Millas near Perpignan remained in a serious condition, according to the prefectural office.

Another 12 were hurt, including the coach driver, in what was the worst crash involving a school bus in 30 years in France.

Investigators are probing the cause of the collision to determine if a safety barrier malfunction at a level crossing was the cause.

The bus driver, a 48-year-old woman, says the crossing barriers were open at the time of the collision, according to her employer, while France's SNCF national rail operator insisted Saturday the barriers had been "functioning normally."