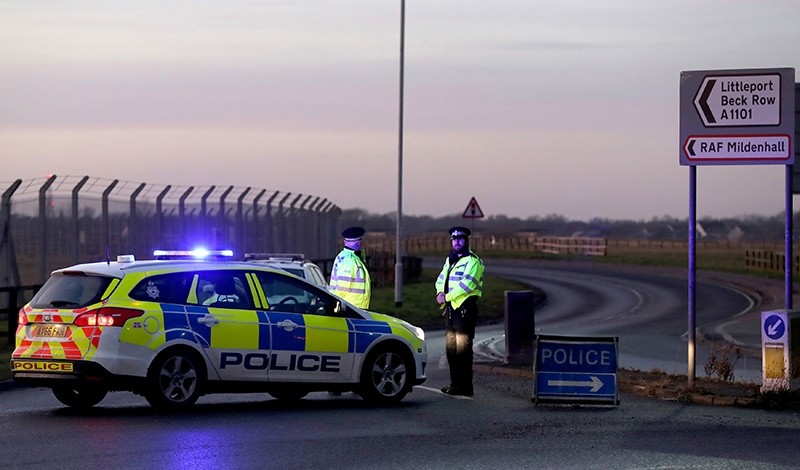 British police stand guard at the entrance to the US Air Force base at RAF Mildenhall, Suffolk, Britain December 18, 2017. (Reuters Photo)
by Associated Press Dec 19, 2017 12:00 am

A British man who was arrested at an air base used by the U.S. Air Force in England has been detained for involuntary treatment under the Mental Health Act, police said Tuesday.

That means authorities believe he needs urgent treatment for a mental health problem and poses a risk to himself and others.

The 44-year-old man has not been charged in connection with an incident Monday that prompted a lockdown at the RAF Mildenhall base.

He was arrested on suspicion of criminal trespass after trying to enter the base. Police say the incident was not connected to terrorism.

Officials said American service personnel fired shots as it unfolded. The man suffered cuts and bruises, but no one else was hurt.

The military and police didn't identify or provide further details on Tuesday.