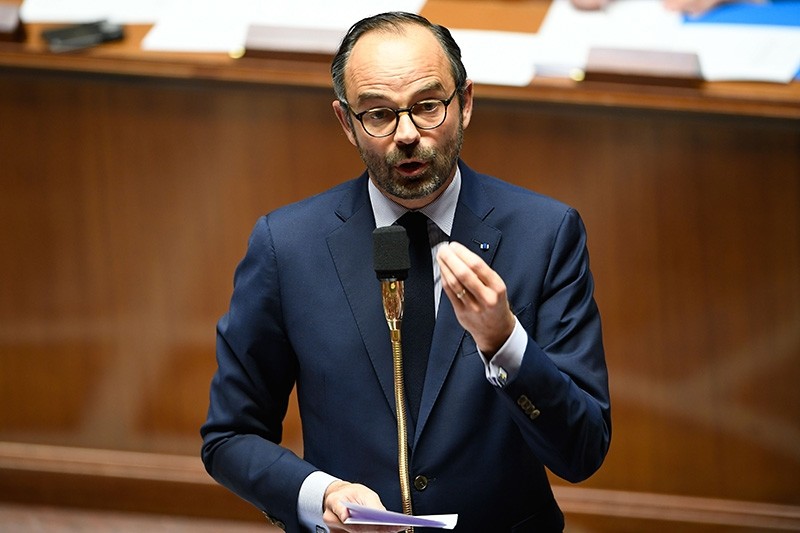 French Prime Minister Edouard Philippe addresses deputies during a session of questions to the Government (AFP File Photo)
by Compiled from Wire Services Dec 20, 2017 12:00 am

French Prime Minister Edouard Philippe defended on Wednesday his decision to charter a private aircraft at a cost of 350,000 euros ($415,000) to bring him and a delegation back from Tokyo earlier this month.

"It's complicated to transport a prime minister, and it's expensive," Philippe told RTL radio, acknowledging that "the sums involved in transporting the president and prime minister are always striking."

Philippe's delegation, which he said included more than 50 ministers, officials and security officers, had been visiting the French Pacific territory of New Caledonia.

They took a French military plane back from New Caledonia as far as Tokyo but then switched to the charter flight.

Philippe said he had had to return as quickly as possible as President Emmanuel Macron was due to leave the same morning on a trip to Algeria.

"And the rule is that as far as possible, we try to make sure that either the president or the prime minister should be on the national territory," he said.

"The full voyage... cost decidedly less, 30-per-cent less, than the same voyage made by my predecessor to New Caledonia," Philippe added in an apparent reference to a trip by former prime minister Manuel Valls last year.

"If you had invited Edouard Philippe, I would have come in the metro which would have cost me 1.90 or 2 euros. But... I arrived with four vehicles, motorbikes, 15 people, and a doctor and a transmitter, who stay with me because these are the resources given to a prime minister to enable him to work at all times," he added.