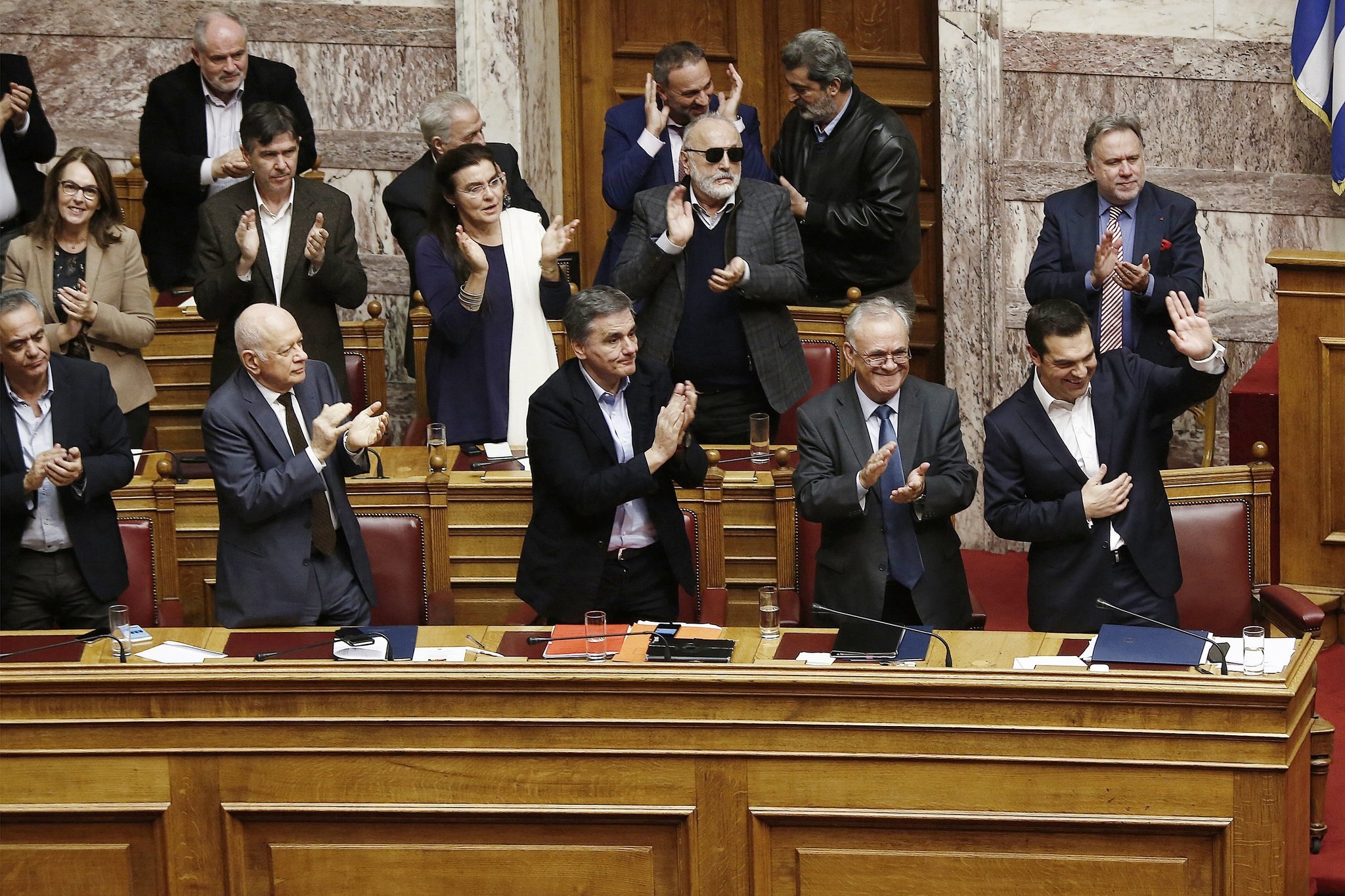 Greece's parliament on Tuesday approved the 2018 budget, described by the government as the last under the country's multi-billion bailout, which nominally ends in August.

"After eight years...this is the final bailout budget parliament is called to approve. We leave behind a period nobody will want to remember," Prime Minister Alexis Tsipras told the chamber.

"We have regained credibility in managing public funds," Tsipras said.

The Greek finance ministry is maintaining high taxation with the aim of collecting a budget surplus equivalent to 3.8 percent of gross domestic product (GDP), excluding debt payments in 2018.

And the economy is expected to grow by 2.5 percent, compared to 1.6 percent this year.

"This is the first budget of normality in the past seven years," said defence minister and government coalition partner Panos Kammenos.

"There will be no more bargaining for (bailout) loan tranches," he said.

The ministry last month said that enough "fiscal room" was achieved to permit tax cuts after 2018, when the country is scheduled to exit its third multi-billion EU-backed bailout.

The government has already legislated pension and tax break cuts that will take effect even after Greece exits the bailout, in 2019 and 2020.

EU economic affairs chief Pierre Moscovici has also said that Greece will remain under fiscal supervision until it repays 75 percent of its EU loans.

"There are tight restrictions until at least 2022," said main opposition leader Kyriakos Mitsotakis. "Greeks hope this will be the last budget by your government."

Greece is now keen to take advantage of a growing appetite for Greek debt, with its 10-year bond yields lately hovering at pre-crisis levels.

Last week, 10-year bond yields fell below 4.0 percent for the first time since 2006, and five-year bonds are around 3.5 percent.

"This means that independently accessing the markets and regaining the country's economic and political sovereignty is not just fantasy, it's a goal fully within our reach," said government spokesman Dimitris Tzanakopoulos.

According to reports, Greece plans at least two bond offerings in the first half of 2018.

Greece's fiscal goals have been approved by European Union lenders and the International Monetary Fund.

Under its latest bailout review, the government has agreed to cut spending further, reduce pensions, complete an evaluation of public sector staff skills and qualifications and sell coal-fired power stations. It will tighten the rules for unions to call a strike.

"Greece is the only European country under a bailout and has the lowest growth in the eurozone ... people wish that this budget will be the last one of your government," said Kyriakos Mitsotakis, leader of the opposition New Democracy party.

Tsipras won power in 2015 on promises to end austerity but later signed up to a new 86 billion-euro bailout that ends in August. His term ends in 2019 and his Syriza party is trailing in opinion polls.

A poll by the University of Macedonia for Skai TV aired on Dec. 18 showed New Democracy's popularity at 30 percent, 12 points ahead of Syriza. Another, conducted by Kapa Research for left-leaning newspaper Ethnos, showed New Democracy leading by 4.8 points.