'I am a committed Russophile,' says UK's FM Boris Johnson 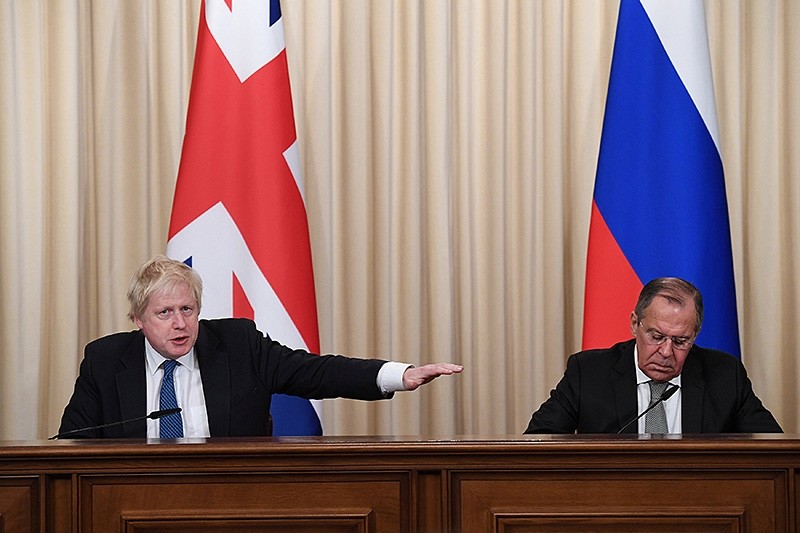 British Foreign Secretary Boris Johnson attested to his Russian counterpart on Friday that he wants to see their countries rebuild their frayed relations.

"I am a committed Russophile," Johnson told Russian Foreign Minister Sergei Lavrov at a press conference.

"Be there no doubt that I want to see an improvement in the relations between our peoples, but that in no way diminishes the difficulties we currently have in our relationship," Johnson said. "We have to work hard to address those difficulties [and] find a way forward."

Johnson explained that his visit to Moscow was the first by a British foreign secretary in five years because "this is a difficult time in the relations between the UK and Russia."

Britain and Russia have differing positions on Ukraine, cyber activities, North Korea and the LGBT community, but as permanent members of the UN Security Council, the two sides "must work together," Johnson said.