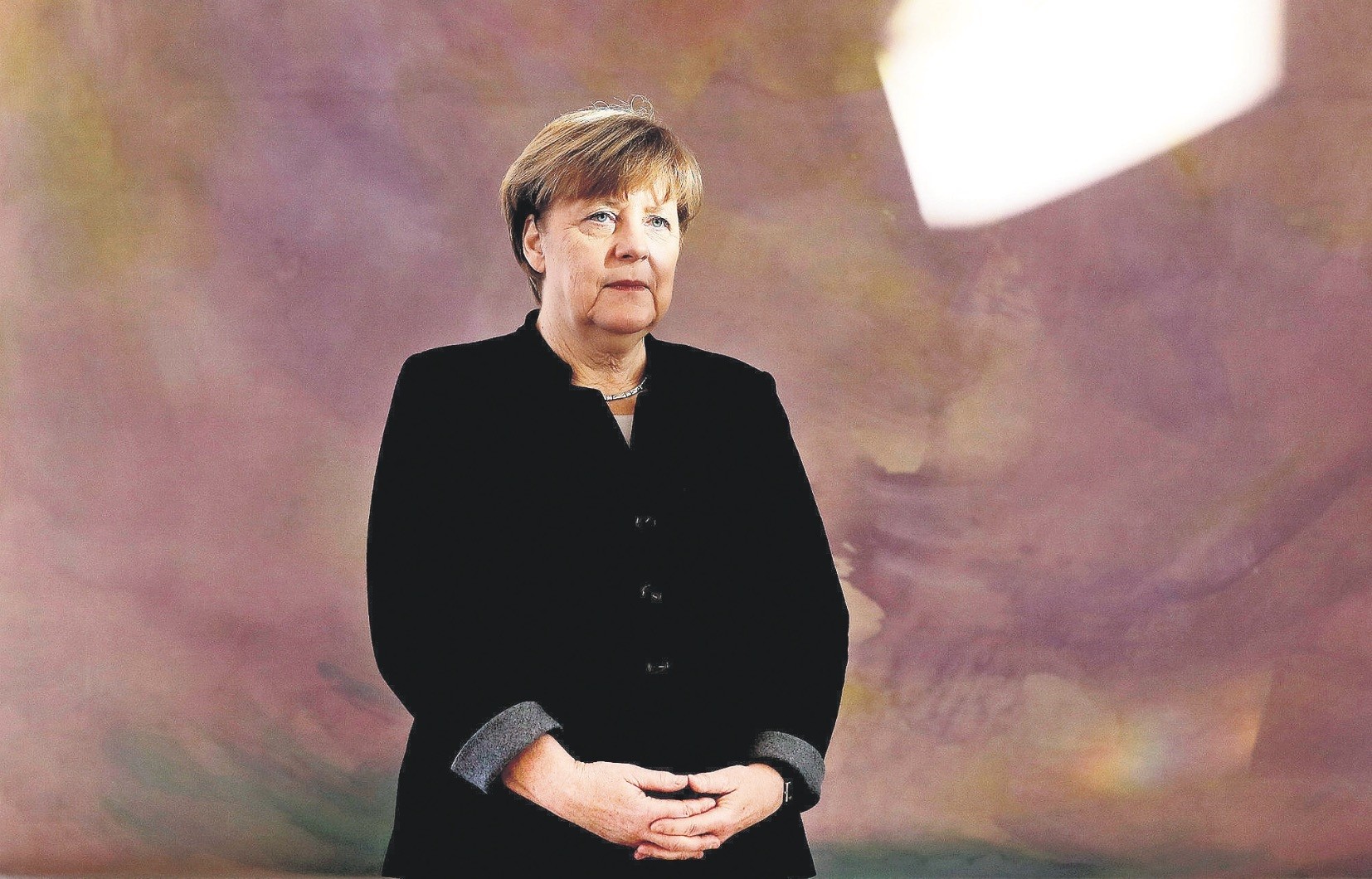 German Chancellor Angela Merkel hopes for a re-run of the grand coalition that has governed Germany for the last four years.
by Compiled from Wire Services Dec 22, 2017 12:00 am

Amid the ongoing political stalemate, German Chancellor Merkel and the Social Democratic Party agreed to hold four days of talks with the aim of deciding by Jan. 12 whether to open formal coalition negotiations

Europe's most populous country and top economy has been in a political stalemate since veteran center-right leader Merkel won a Sept. 24 election without a governing majority. The decision, 87 days after the national election that returned a fragmented parliament and complicated coalition arithmetic, brightens prospects for a renewal of the grand coalition that governed Germany over the past four years.

A repeat coalition is Merkel's best chance of securing a fourth term as chancellor after talks on forming a three-way alliance with two smaller parties broke down, leaving Europe's largest economy in an unprecedented state of uncertainty.

"It was a good discussion in a trusting atmosphere," the parties said in a joint statement after leaders met on Wednesday, as reported by Reuters. If successful, the January talks would lead to the next phase of formal coalition negotiations to hammer out common policies and assign cabinet posts, an effort expected to take many more weeks.

The conservatives and SDP have identified 15 policy areas for exploration, including education, the welfare state and employment law, where the SPD is keen to carve out a distinctive, left-wing identity for itself after a disastrous election showing blamed in part on Merkel's dominance.

The SPD's membership, which tends to be more radical than the party leadership, will have to ratify any decision to repeat a coalition with Merkel, who has been in power for 12 years. Major hurdles remain for the SPD, which in a Jan. 21 party congress in the western city of Bonn, some 600 delegates would have to agree to the launch of formal coalition talks.

SPD leader Martin Schulz, faces a skeptical party base and has only agreed to "open-ended" talks that could also lead to the toleration of a Merkel minority government – an option she, however, rejects. Schulz, 62, has vowed to push key SPD demands, including EU reform to changes in health insurance and education and allowing more refugees to bring their families to Germany.

The Christian Social Union (CSU), which fears losses to the far-right Alternative for Germany (AfD) in an election in Bavaria next year, is likely to put up more resistance to SPD policy demands than the Christian Democratic Party (CDU), notably on immigration. In the September general election, in which the AfD protest party siphoned millions of votes from all mainstream parties, the SPD garnered just under 21 percent, its worst showing since World War II.