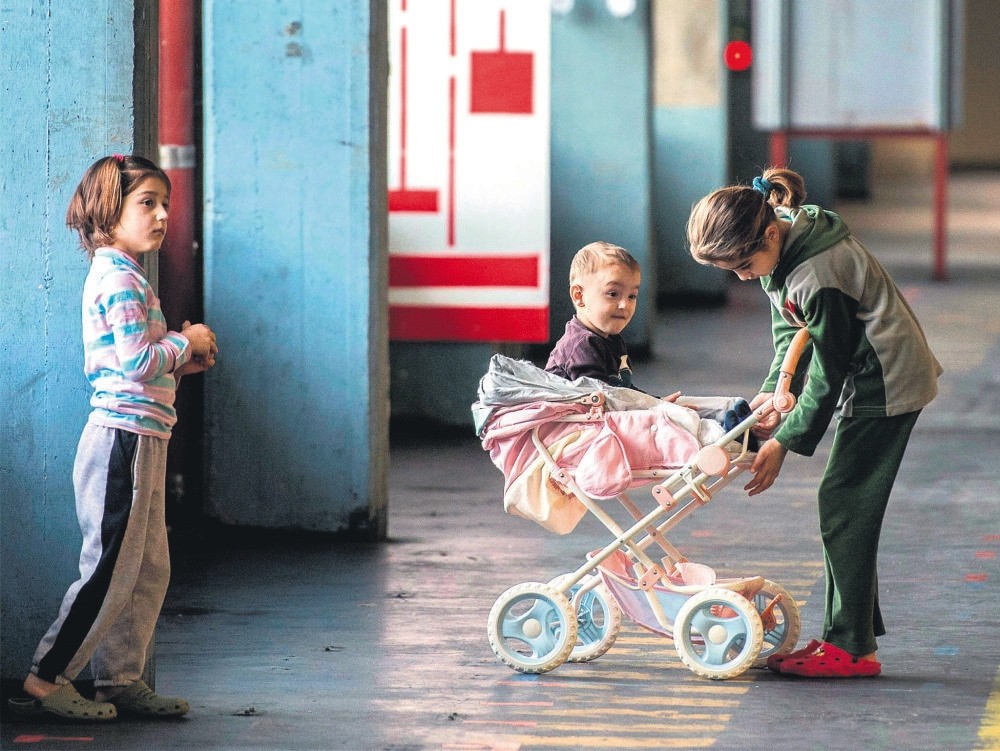 Children play in a building converted into refugee accommodations, Frankfurt, Germany.
by Compiled from Wire Services
Dec 26, 2017 12:00 am

Despite the downward trend in the number of attacks targeting refugees, far-right violence continues to be an ongoing issue in Germany

More than 200 attacks on refugee shelters by far-right groups were reported across Germany for the year to mid-December despite the significant decline in the number of attacks and hostile incidents targeting refugee homes.

In 2017, the German Federal Criminal Police Office (BKA) recorded some 264 incidents as of mid-December. German police said right-wing extremists were responsible for 251 cases. 995 politically motivated attacks on refugee shelters were recorded by German authorities, 169 of which involved violence.

Bucking the trend, the rising number of attacks on asylum seekers outside of homes was a cause for concern, according to parliamentary representative Petra Pau, as reported by DPA. A likely explanation for the decline in attacks is the falling number of arriving refugees in the past year, which allowed many temporary accommodation centers to be closed. German newspaper Frankfurter Rundschau was the first to report on the trend.

"The extent of hostility towards foreigners remains shameful for our country. Perpetrators must be brought to justice," Justice Minister Heiko Maas said.

The reports suggest that most offenses have a right-wing radical background. Far-right offenses in Germany spiked last year to their highest level since 2001, amid growing anti-refugee and migrant sentiment in the country triggered by propaganda from far-right parties.

Accommodations for asylum seekers have frequently been the target of arson and hate crimes in Germany. The number of crimes against accommodation centers in Germany was almost a third higher in the first 10 months of 2016 than in the same period last year, according to data released on Nov. 5, 2016, despite a drop in the number of refugee arrivals.

German Chancellor Angel Merkel's 2015 decision to admit hundreds of thousands of stranded migrants to the country has been met with political backlash in Germany.

Germany society has been polarized by the influx of some 890,000 asylum seekers last year with another 213,000 applying in the first nine months of 2016. Although many fewer migrants have entered the country in 2016, parties on the far-right have called for an immigration cap.

Germany's position in the refugee crisis has transformed the far-right Alternative for Germany (AfD) into a staunch anti-immigrant and anti-Muslim movement. The AfD has capitalized on widespread discontent about the arrival of the large number of migrants, which it argues resulted from Merkel's promise of sanctuary to Syrian refugees.