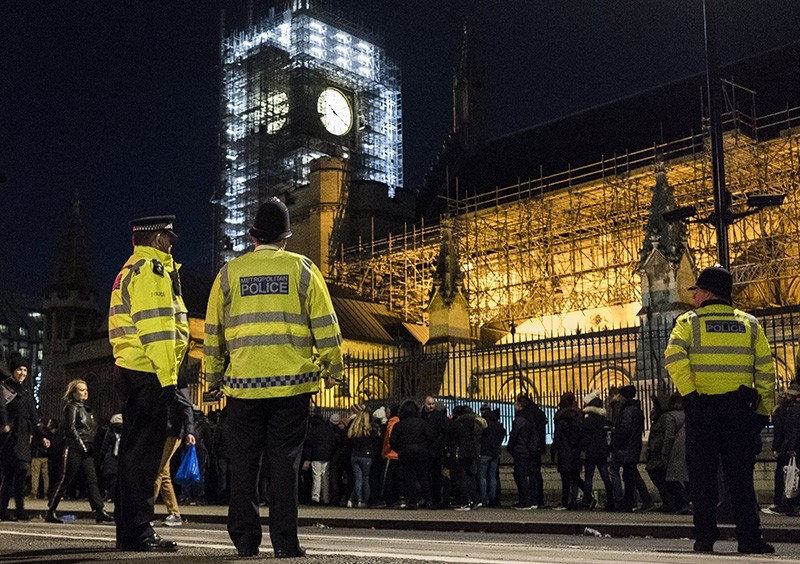 Four young men were stabbed to death in unrelated incidents in London on New Year's Eve, while a fifth is in a critical condition in hospital, police said Monday.

The unusually concentrated spate of violence will add to growing concerns about knife crime in the British capital, which is at its highest level for five years.

At least 80 people were killed in stabbings in London in 2017, more than half of them under the age of 25.

Detectives launched four separate murder investigations into the overnight attacks, which took place away from the city center, where more than 100,000 people had gathered to watch the New Year's Eve fireworks.

An 18-year-old man was stabbed in Enfield, north London, late on Sunday evening, and later died in hospital. Five men have been arrested, police said.

In the early hours of Monday morning, a 20-year-old man was fatally stabbed in Old Street, a busy area filled with bars and clubs east of the city center.

A second man in his 20s was hurt in the same incident, and was taken to hospital suffering critical stab injuries.

"It is heart-breaking that, at a time when so many of us are contemplating what lies ahead in 2018, four families are dealing with the grief of losing a loved one to senseless violence and the callous use of knives as lethal weapons," said police commander Neil Jerome.

Police registered almost 12,100 knife attacks in London in the year to March 2017, which left more than 4,400 people injured -- the highest figures in five years.

A spokeswoman for the Metropolitan Police said Monday that 77 people died from knife crime in the city between Jan. 1, 2017, and Dec. 22.

In November, Mayor Sadiq Khan's office revealed that 40 of those killed since the start of the year were under the age of 25.

Khan has launched a major campaign to reduce knife crime, including giving some high-risk schools metal detectors, while the government is also looking into tougher measures for people carrying knives.