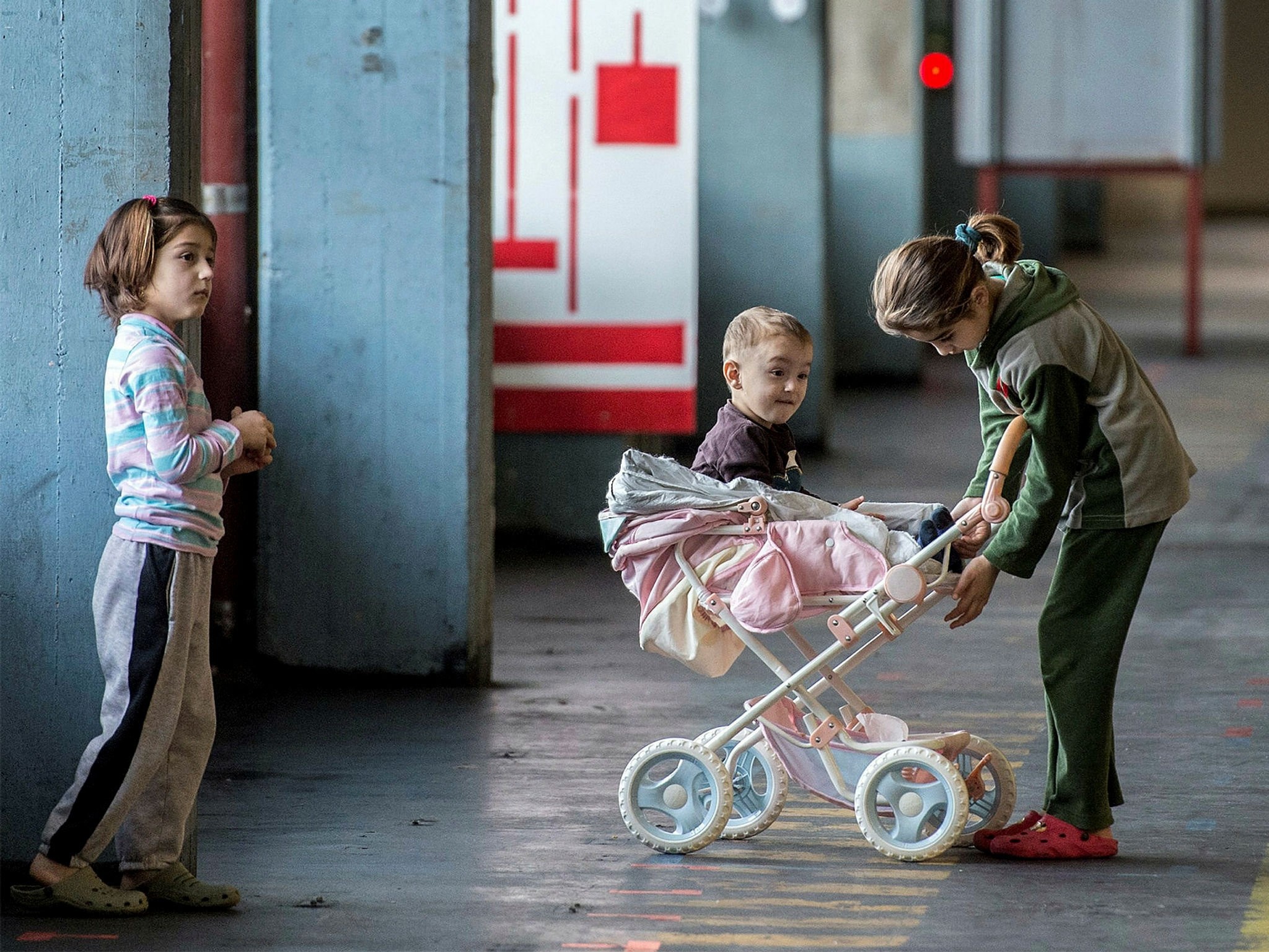 Children play in a building converted into refugee accommodations in Frankfurt, Germany. (FILE Photo)
by Jan 02, 2018 12:00 am

The Bavarian allies of Chancellor Angela Merkel's conservative party on Tuesday said minors seeking asylum should undergo medical age tests, a measure the German Medical Association said could be a violation of ethics.

A debate about verifying the ages of unaccompanied minors seeking asylum has intensified since last week, after the fatal stabbing of a 15-year-old German girl by a suspect identified by police as her former boyfriend, an Afghan migrant.

The suspect's documents say he is 15, but the girl's father told German media he believed the migrant was older.

Germany is undergoing a fierce national discussion over migration since Chancellor Angela Merkel accepted more than a million migrants in 2015, mainly fleeing conflicts in the Middle East. In an election in September, the issue helped bring the far-right AfD party into parliament for the first time.

In the past three years, German authorities have registered nearly 70,000 unaccompanied minors seeking asylum. Critics of government policy have argued that some of them may not be minors, and could be falsifying their ages to qualify for extra benefits and protection from deportation.

Immigration is likely to be a major issue as Merkel seeks to renew a coalition agreement with the center-left SPD party, after both her ruling conservatives and the SPD lost votes in the election. The Bavarian CSU party, which is part of her conservative bloc, has sought a tougher line in particular.

A CSU draft resolution calls for mandatory tests for minors seeking asylum when there is doubt about their ages.

"I believe that we will require in the future, from all allegedly underage refugees for whom we have specific doubts about their minority, a compulsory medical assessment on entering" the country, said Stephan Mayer, a CSU domestic policy expert.

Mayer said medical tests in other EU countries such as Austria and Sweden had revealed that a significant proportion of age information provided by asylum seekers was incorrect.

"Particularly, since numerous privileges such as much more complex care and a ban on deportation are tied to the status of being minor," Mayer told Reuters on Tuesday.

The head of the German Medical Association, Frank Ulrich Montgomery, said an age test, which could involve X-rays of teeth and wrist bones, could be unethical and inaccurate.

"The examination is laborious, expensive and is loaded with major uncertainties," Montgomery told Sueddeutsche Zeitung newspaper. The tests involved exposing people to radiation, which is normally impermissible without a medical indication, except in criminal proceedings, he said.