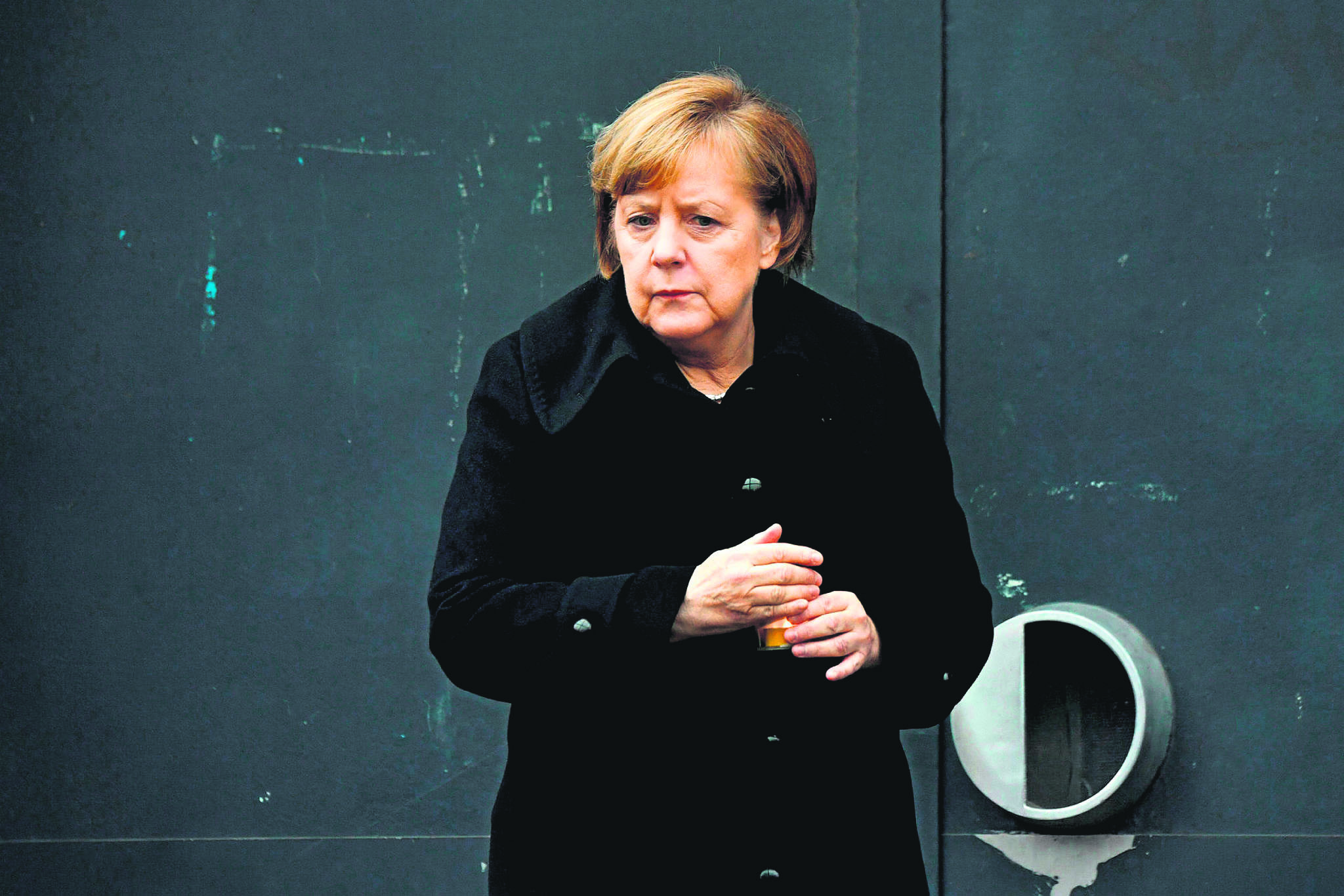 Germany has been in political limbo since elections in September, which saw heavy losses for the centrist u2018grand coalitionu2019 thatu2019s run the country since 2013.
by Daily Sabah with Wires Jan 02, 2018 12:00 am

For the first time in its history, Germany has entered the new year without a ruling government and it is still facing its worst political crisis in years

Germany has entered the new year without having found a new government, a situation that casts a cloud over the political stability, as the country faces the worst political crisis in its modern history.

German Chancellor Angela Merkel, who gained her fourth victory, believed in a three-way coalition with the pro-business Free Democrats (FDP) and Greens, the Jamaican Coalition and thought that she would sit in the same seat again with the establishment of the coalition. But these dreams collapsed. Weekly talks showed that the gap between the parties was so deep that even an experienced politician like Merkel could not progress.

However, efforts to establish the Jamaican Coalition has failed after the September elections. Liberal Party leader Christian Lindner has left the negotiating table for the party, saying that he "cannot support this much and the FDP does not believe in politics."

Coalition talks between Merkel's conservative bloc and the center-left Social Democrats are to start on Jan. 7, which could result in either a repeat of the last so-called grand coalition or a minority government led by Merkel. A complete failure in the talks, however, could see early elections in 2018.

Europe's most populous country and top economy has been in a political stalemate since veteran center-right leader Merkel won a Sept. 24 election without a governing majority. A repeat coalition is Merkel's best chance of securing a fourth term as chancellor after talks on forming a three-way alliance with two smaller parties broke down, leaving Europe's largest economy in an unprecedented state of uncertainty.

The conservatives and SDP have identified 15 policy areas for exploration, including education, the welfare state and employment law, where the SPD is keen to carve out a distinctive, left-wing identity for itself after a disastrous election showing blamed in part on Merkel's dominance.

The SPD's membership, which tends to be more radical than the party leadership, will have to ratify any decision to repeat a coalition with Merkel, who has been in power for 12 years. Major hurdles remain for the SPD, which in a Jan. 21 party congress in the western city of Bonn, some 600 delegates would have to agree to the launch of formal coalition talks.

In the September general election, in which the far-right Alternative for Germany (AfD) protest party siphoned millions of votes from all mainstream parties, the SPD scored just under 21 percent, its worst showing since World War II.

Sitting in the glass-domed lower house of the German Bundestag for the first time were lawmakers of the far-right Alternative for Germany (AfD), the anti-immigration, anti-Islam and anti-Merkel protest party that is at the heart of the crisis.

Its entry into parliament in the Sept. 24 elections with almost 13 percent of the vote cost Merkel's conservatives and other mainstream parties dearly, further fragmented the party political landscape and made it harder to gain a parliamentary majority.

Merkel's 2015 decision to admit hundreds of thousands of stranded migrants to the country has been met with political backlash in Germany. Germany society has been polarized by the influx of some 890,000 asylum seekers last year with another 213,000 applying in the first nine months of 2016. Although many fewer migrants have entered the country in 2016, parties on the far-right have called for an immigration cap. Germany's position in the refugee crisis has transformed the far-right Alternative for Germany (AfD) into a staunch anti-immigrant and anti-Muslim movement. The AfD has capitalized on widespread discontent about the arrival of the large number of migrants, which it argues resulted from Merkel's promise of sanctuary to Syrian refugees.

Many commentators have suggested the AfD would make gains if new elections were held due to a failure on Merkel's part to form a government.

Meanwhile, amid ongoing efforts to press parties to compromise for stability, nearly half of Germans believe that Chancellor Angela Merkel should step down before the next scheduled election in 2021, according to poll. The YouGov survey, commissioned by Germany's DPA agency, showed 47 percent of respondents wanted Merkel to step aside before 2021, when her fourth term would end - up from 36 percent in a poll taken at the beginning of October. By contrast, 36 percent want her to serve a full four years, compared to 44 percent three months ago.