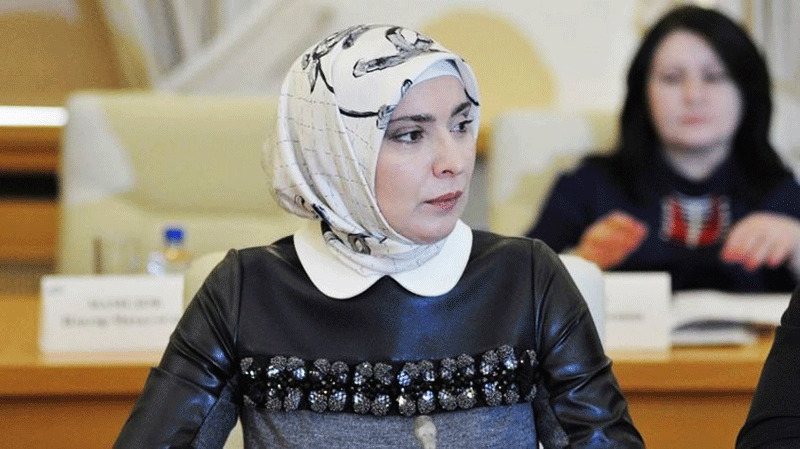 The wife of and advisor to Akhmad Abdulayev, the head of the Muslim Spiritual Directorate (MSD) of Russia's Daghestan Ayna Gamzatova has formally registered to run against Vladimir Putin for the office of Russian president in March 18 vote.

Gamzatova is the first Muslim woman ever to become a presidential candidate in Russia.

Known as the wife of the Daghestani mufti, Gamzatova is a member of the Russian journalists' union and the chief editor of the republic journal Islam.