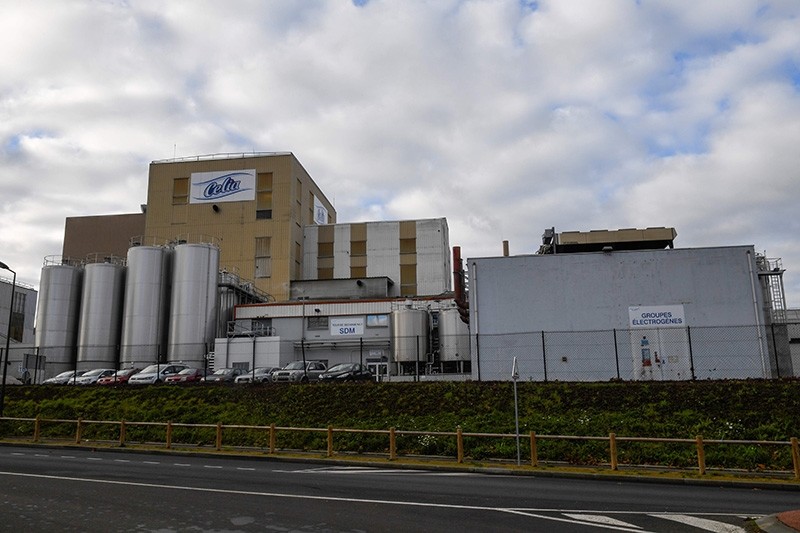 Lactalis, one of the world's largest producers of dairy products, discovered the bacteria at its factory in Craon, northwest France, during in-house tests in August and November.

The agriculture ministry said the company did not inform the authorities.

Officials from the food safety department carried out a routine inspection of the site in September and gave it a clean bill of health, the Canard Enchaine investigative weekly reported.

The agriculture ministry told AFP that the inspectors were tasked solely with vetting a part of the plant where cereals are mixed, not the baby milk production line.

The inspection "found no non-compliance", a senior ministry official said.

It was only in December, after around 30 infants fed Lactalis milk had fallen ill, that the health ministry sounded the alarm.

Officials from the national anti-fraud bureau swooped on the factory on December 2 and found the assembly line where milk is transformed into powder to be contaminated.

Lactalis blaming the contamination on renovation work and issued two major recalls covering all production from the site dating back to February 15, 2017.

The plant has been at a standstill since December 8.

Salmonella symptoms include severe diarrhoea, stomach cramps and vomiting. The illness, caused by intestinal bacteria from farm animals, is especially dangerous for the very young and elderly because it can cause severe dehydration.

The product recall, which included the Picot and Milumel brands, affected consumers in countries as far afield as China, Pakistan, Bangladesh, Britain and Sudan, underlining the company's global reach and the difficulty in tracing all the potentially at-risk powder.

Lactalis is under investigation over the affair.

It could face charges of causing involuntary injuries and endangering the lives of others.

The baby milk industry was shaken by a huge scare in China in 2008 when local manufacturers were found to be bulking their product with an industrial chemical.

The scare in the Chinese market benefited rival companies such as Lactalis and fellow French giant Danone, which were more expensive but were seen by consumers as safer.