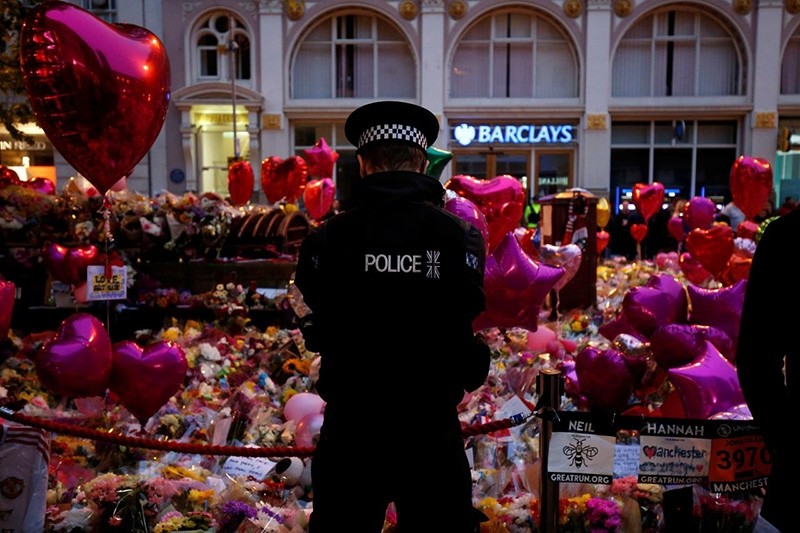 A homeless man hailed as a hero for apparently coming to the aid of victims of the Manchester Arena terror attack last year admitted on Wednesday he had instead robbed them.

CCTV footage played in court showed Chris Parker wandering between victims bleeding on the floor after the bombing outside a pop concert in the northern English city in which 22 people were killed.

Parker, 33, was seen in the footage taking a purse from the handbag of Pauline Healey, whose 14-year-old granddaughter lay dying nearby, and he later used her bank card at a local McDonald's, the court heard.

He was interviewed by British media in the aftermath of the attack carried out by Salman Abedi, saying he had been begging outside the concert arena when the bomb went off.

A tearful Parker told the Press Association news agency at the time: "I heard a bang and within a split second I saw a white flash, then smoke and then I heard screaming."

"It knocked me to the floor and then I got up and instead of running away my gut instinct was to run back and try and help," he said.

"There was people lying on the floor everywhere," he recounted, adding that a woman had died in his arms and he had come to the rescue of a little girl whose mother had been killed.

Parker was also accused of stealing a mobile phone from a teenage girl, who cannot be named for legal reasons, at the scene of the explosion.

Parker has a string of previous convictions, including shoplifting and burglary.

He had failed to appear in court on Tuesday and was found hiding in the loft of a house in Halifax in West Yorkshire, where he was arrested.