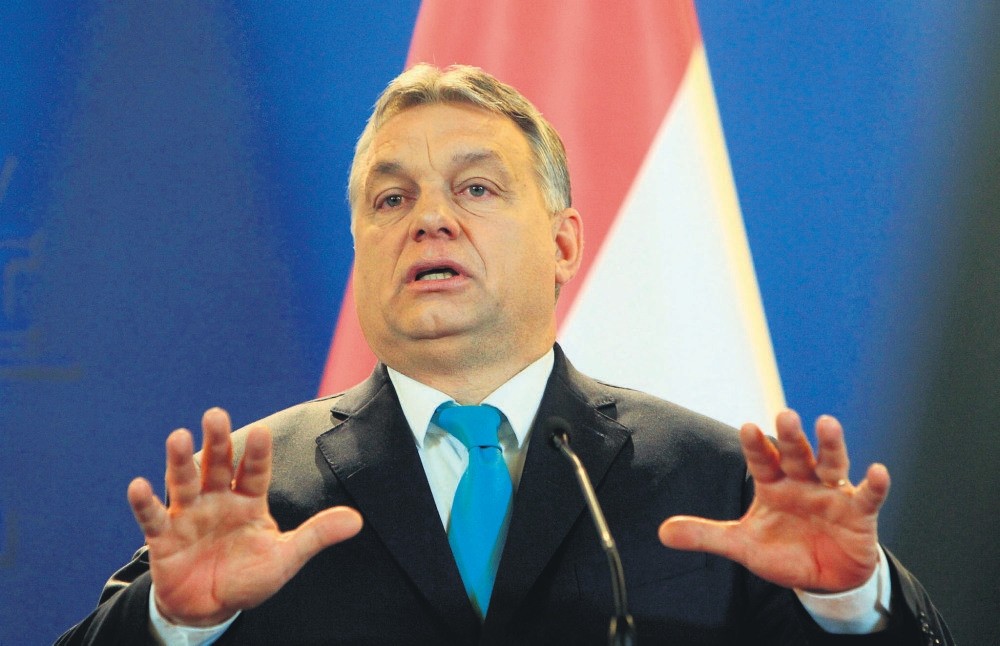 Hungarian Prime Minister Orban has demanded a stronger say for Eastern European countries in the future of the divided bloc, stressing the failure of the EU's migration policy

Hungary and Poland want a strong say in the future of Europe and firmly reject the EU's migrant quotas, Hungarian Prime Minister Viktor Orban said yesterday after meeting his counterpart from Warsaw, Mateusz Morawiecki, in Budapest.

"The EU's migration policy... has failed," Orban told a news conference, as reported by Reuters. "We want to have a strong say, as these countries [in Central Europe] have a vision about the future of Europe."

Hungarian PM Orban, a long-time ally of Poland within the EU, said in December that Hungary would block any action to suspend Poland's voting rights in the EU.

Regarding the crisis over migration among the European countries, eastern states have been opposed ever since other EU states adopted by majority the quotas in 2015 as a form of solidarity with frontline states Greece and Italy. Under the plan, asylum seekers are relocated to other members of the bloc in a temporary exception to the so-called Dublin rules, which requires countries where they first land to process them. The bloc has fought two years of these bitter migration battles but the two southern states, backed by rich countries like Germany and Sweden that are the final destinations for many migrants arriving in the EU, have failed to force Warsaw and Budapest to change their policies. The bloc's divisive migration disputes have come at a time its unity and resolve are already being tested by Brexit, weak economies and higher support for populist, eurosceptic and nationalist-minded parties on the continent. It pits the formerly communist easterners against the wealthy westerners and countries on the Mediterranean coast, with Italy leading calls to punish Poland and Hungary by taking away some of the generous EU funds they benefit from.

Europe is deeply divided over the issue of migration, with leaders like German Chancellor Angela Merkel who initially called for relatively welcoming policies now retreating from those positions, and right-wing populists warning that large Muslim communities threaten to erode Europe's Christian profile.

Recent elections in Germany and Austria have reflected rising support for anti-migrant parties. The coalition government formed by Austrian People's Party (OVP) and the far-right Freedom Party (FPO) last month, has an anti-Islam and anti-immigrant stance. Last February, the cabinet unveiled tough new immigration, integration and security policies that include a ban on wearing full-face veils in public, as well as a de-facto ban on headscarves for justice and police officials. Planned government restrictions for full-face veil and headscarves drew some 2,000 protesters to the streets in central Vienna. The last time the FPOe entered government Austria was ostracized in Europe. Its then leader Joerg Haider praised Hitler's "orderly" employment policies.

In Germany, the far-right Alternative for Germany (AfD) won 12.6 of the vote and entered parliament for the first time. Support for the AfD and its "take your country back" platform was particularly strong in eastern Germany, fueled by anger about Chancellor Angela Merkel's decision to open the country's doors to 1 million, mostly Muslim, migrants in 2015.