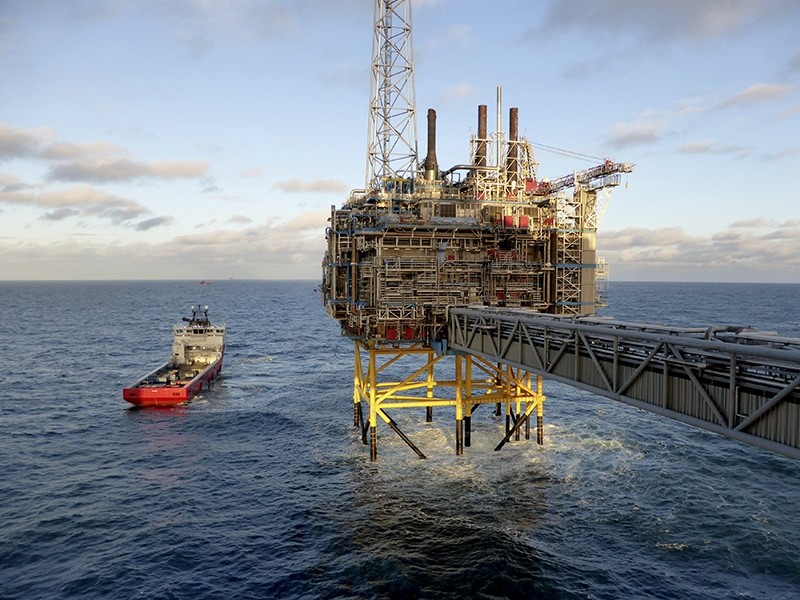 Oil and gas company Statoil gas processing and CO2 removal platform Sleipner T is pictured in the offshore near the Stavanger, Norway, February 11, 2016. (Reuters Photo)
by Compiled from Wire Services Jan 04, 2018 12:00 am

A Norwegian court on Thursday dismissed a case by Greenpeace and two other NGOs which sued Norway, western Europe's largest oil producer, over licenses it awarded in 2016 for oil prospecting in the Arctic.

The Oslo District Court acquitted the government against charges from Nature and Youth and Greenpeace Nordic that drilling for oil and gas in Arctic waters would be in violation with the Paris Agreement on climate change and the Norwegian constitution.

In a verdict which could be appealed, the Oslo court ruled that the Norwegian state did not violate the Constitution by granting in May 2016 exploration licenses to 13 companies, including the national Statoil giant, Americans Chevron and ConocoPhillips, and Russia's Lukoil, in the Barents Sea.

The plaintiffs argued that the authorization of new oil activities in the fragile Arctic region was against the Paris agreement which aims to keep global warming temperature rises below two degrees Celsius.

The groups had sued Norway's Ministry of Petroleum and Energy in an attempt to invalidate the latest round of 10 production licenses in the Barents Sea on the edge of the Arctic Ocean.

The Oslo court said it recognizes everyone's right to a healthy environment but concluded that the granting of oil exploration licenses was no violation of the constitution.

The judge ruled that Norway could not be held responsible for CO2 emissions caused by hydrocarbons which it exports to other countries.

Norway is the largest producer of oil and natural gas in western Europe.