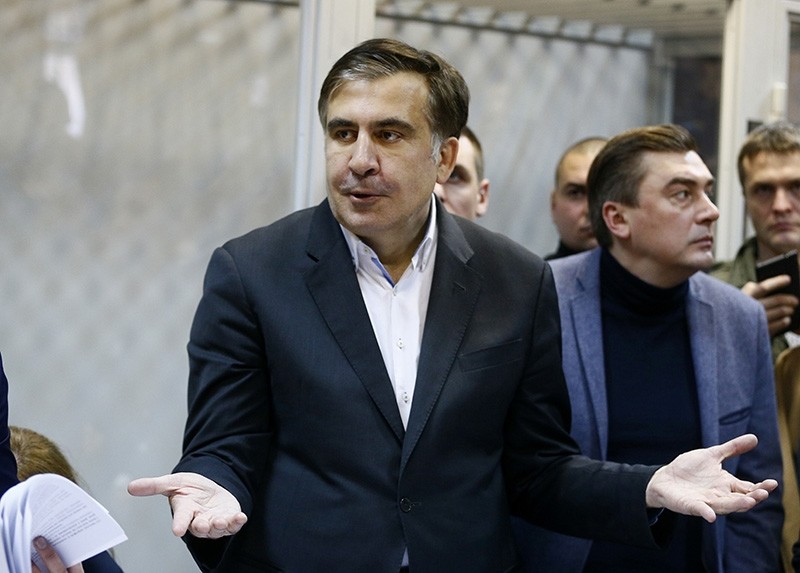 A court in the former Soviet republic of Georgia on Friday sentenced former President Mikheil Saakashvili in absentia to three years in prison for abusing his power in pardoning four policemen convicted of killing a banker.

Saakashvili, who was president from 2004-13, left Georgia when his presidency ended and eventually went to Ukraine, where he was appointed governor of the Odessa region. He resigned from that post in 2016 and harshly criticized Ukrainian President Petro Poroshenko for not halting the official corruption that has crippled the country.

The Ukrainian leader last year stripped Saakashvili of his citizenship while he was abroad. Saakashvili returned to Ukraine in September and has led a series of anti-corruption protests against the government.

A court in the Georgian capital, Tbilisi, sentenced Saakashvili on Friday. Georgia has requested Saakashvili's extradition but Ukraine has not complied.

"This is the first case in the world when a president is being judged for using his unrestricted constitutional right to pardon prisoners. I don't know any other examples in modern history," Saakashvili said at a news conference in Kiev, the Ukrainian capital.

He said any move to extradite him to Georgia "would cause a change of power in Georgia and probably in Ukraine, too."

Politics in Georgia are now dominated by a coalition headed by the Georgian Dream party, which arose in opposition to Saakashvili.

Saakashvili's conviction stems from the 2006 beating death of banker Sandro Girgvliani, whose body was found the morning after he had been involved in an argument with Interior Ministry officials in a Tbilisi cafe.

Critics said the investigation of the killing was carried out poorly and noted that Saakashvili was a close associate of then-Interior Minister Vano Merabishvili.