Theresa May set to reshuffle cabinet on Monday 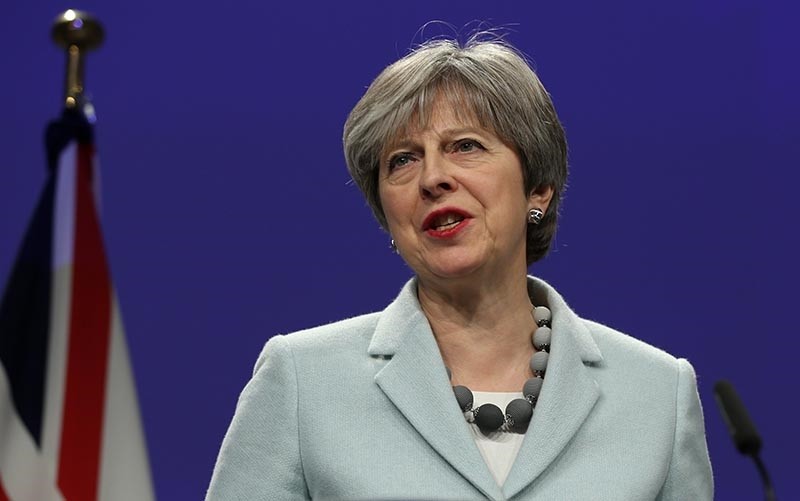 British Prime Minister Theresa May is set to reshuffle her cabinet starting on Monday, with several senior ministers expected to be axed.

"Some changes do have to be made and I will be making some changes," said May in an interview on the BBC.

The cabinet changes come in the wake of the departure of her confidante, Damian Green, as first secretary of state after he admitted to lying about the alleged discovery of pornographic images on his Commons computer during a police raid.

Green's resignation last month is expected to trigger a wider ministerial rejig during the next two days, which will also see some middle-ranking and junior ministers leaving their posts, the British news agency PA reported, citing Downing Street sources.

May also told the BBC's Andrew Marr that she plans to stay in her job "as long as people want me to serve" and wants to lead her Conservatives into the next general election, due to take place in 2022.

May is keen to clear out the "pale, male and stale" from her ranks, the Daily Mail reported.

She is expected to promote women and lawmakers from non-traditional backgrounds in a bid to build a government "more in the image of the country," according to the Daily Mail report.

Two other ministers have also resigned in recent months.

In early November, Defence Minister Michael Fallon resigned from parliament after an accusation of misconduct was made against him by a journalist.

A week later, International Development Secretary Priti Patel stepped down after it emerged that she had held undisclosed meetings with Israeli Prime Minister Benjamin Netanyahu and other high-level officials while on holiday in Israel in August.