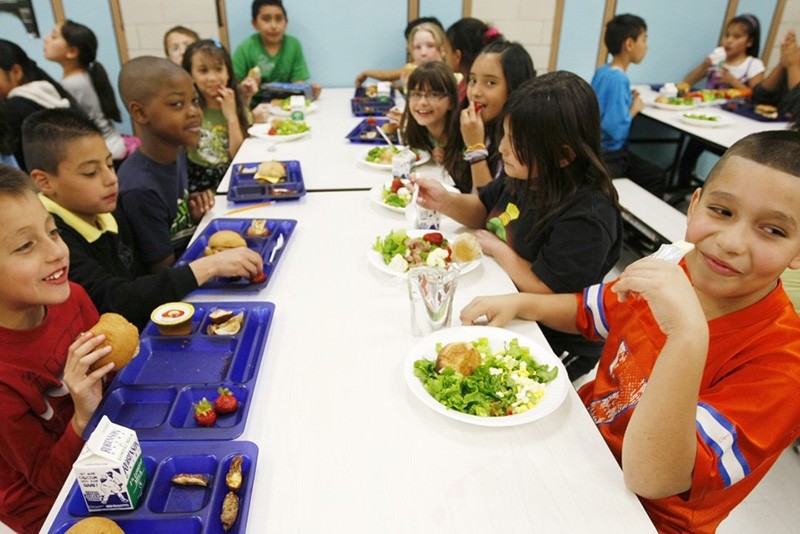 Pork-free school meals in a southern French town have been banned by the far-right local administration, to the disapproval of an equality minister, who called the move "anti-Muslim" and "anti-Jewish," amid rising Islamophobia throughout Europe.

Julien Sanchez, the National Front mayor of Beaucaire, a town south of Avignon, abolished the scheme, brought in by his predecessor, on the first day of the new school term.

The step affects around 150 -- mainly Muslim -- pupils who take the "substitution meals" out of local 600 students in total.

Marlene Schiappa, the minister for sexual equality told BFM TV the decision was "a typical example of someone brandishing secularism as an anti-Muslim political weapon, or anti-Jewish for that matter."

In a newspaper article announcing the policy change in December, Sanchez said the pork-free meals were "anti-Republican."

The opposition leader in Beaucaire, Laure Cordelet, called it "an attack on the rights of children" which "stigmatizes the Maghreb (North African) community and can in no way be justified in the name of secularism."

The controversy follows a similar case in 2015 when the Republican mayor Chalon-sur-Saone (south of Dijon) Gilles Platret scrapped the pork substitute menu in the town's school canteens.

Parents of students opposed to the decision in Beaucaire will gather in front of the town hall for a picnic protest on Monday Jan. 15.

In recent years, Islamophobic acts have been on the rise in France and Muslims have complained of being subject to discrimination.

The leader of the anti-immigrant National Front party (NP) Marine Le Pen had previously said that they will prohibit substitution meals provided for Muslim and Jewish students on municipalities headed by National Front because it "is a violation of the principle of secularism."

Islam prohibits the consumption of pork and alcohol by Muslims.

Islamophobia in France has been on the rise following a series of terrorist attacks by Daesh.