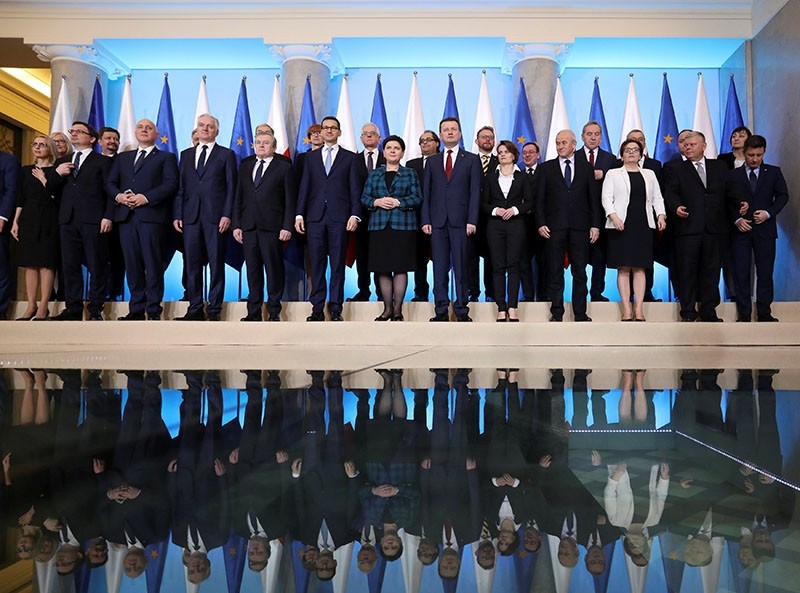 Poland's ruling conservatives fired several senior government ministers on Tuesday in an apparent move to improve relations with the European Union strained over accusations that Warsaw is subverting rule of law standards.

Facing unprecedented EU legal action over the alleged politicization of Poland's judiciary, the Law and Justice (PiS) party may want to ease tensions in other areas, such as environment policy and defense, analysts say.

The changes also came with the EU about to embark on negotiations on a new seven-year budget that will decide which member states get what out of the bloc's coffers - with Poland currently the biggest net recipient.

Also losing their job were Defense Minister Antoni Macierewicz, a former anti-communist crusader facing criticism over delays in army modernization and conflicts with top generals, as well as Foreign Minister Witold Waszczykowski, seen in Brussels as an ineffective diplomat.

The reshuffle followed the appointment of former banker and finance minister Morawiecki as prime minister, replacing Beata Szydlo, last month at the midpoint of the parliamentary term. PiS faces local elections in late 2018 and legislative and presidential ballots in 2019 and 2020.

It remains to be seen whether Morawiecki will improve Warsaw's relations with Brussels. He heads to Brussels later on Tuesday for talks.

Judicial reforms at the heart of the dispute with Brussels are seen by PiS as a fundamental element of its efforts to overhaul Poland's democratic institutions.

PiS believes reforms are needed because the country has lost sight of its Catholic soul and is steeped mentality and power structures dating to the post-war communist era. Critics say that the government's efforts to wield control over courts and public media are tilting Poland towards authoritarian rule.

Mateusz Morawiecki, who became prime minister in December, made the changes as he attempts to avert possible EU sanctions on Poland.

Morawiecki seemed to have persuaded Poland's most powerful politician, the ruling party leader Jaroslaw Kaczynski that the ministers most criticized by EU leaders and by the opposition should go.

"We are not and we don't want to be a dogmatic, doctrinal government, or a government of socialist or neo-liberal extremities," Morawiecki said Tuesday during a swearing-in ceremony for the new ministers at the Presidential Palace.

He said he wants Poland to have an important role in a strong Europe.

Waszczykowski and Szyszko were respectively replaced by Jacek Czaputowicz, the deputy foreign minister, and by a government economic expert, Henryk Kowalczyk.

Morawiecki kept Justice Minister Zbigniew Ziobro, the author of the sweeping reform of the justice system, in place in a sign that he backs the changes.

New finance and development ministers were also appointed as the jobs were vacated by Morawiecki when he became prime minister.