Germany to limit refugee arrivals to about 200,000 per year, coalition paper says 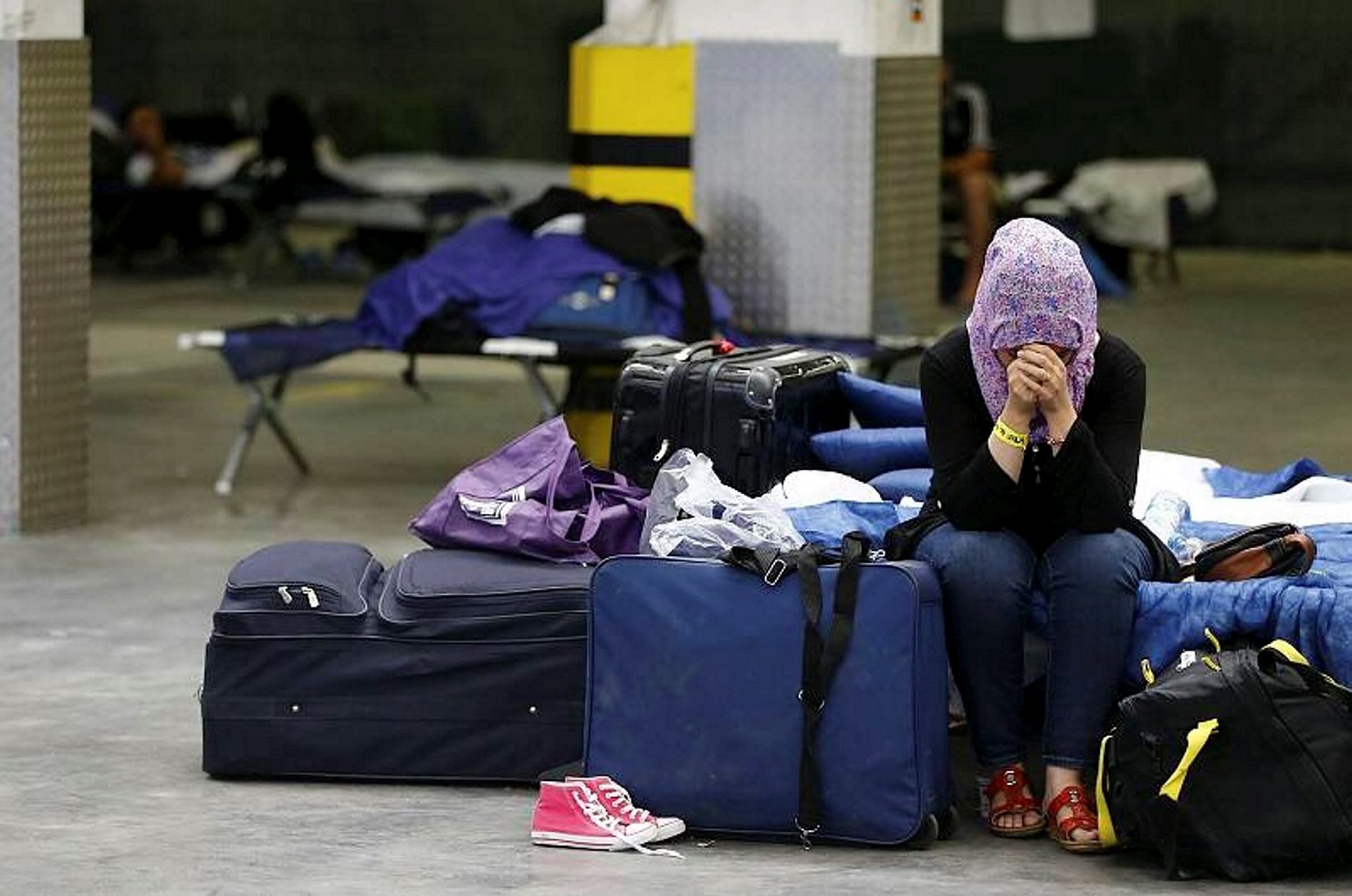 A Syrian woman cries as she sits on a folding bed in a former newspaper printing house used as a refugee registration centre for the German state of Hesse in Neu-Isenburg, September 11, 2015. (FILE Photo)
by Compiled from Wire Services Jan 12, 2018 12:00 am

German Chancellor Angela Merkel's conservatives and the Social Democrats agreed to cap at 1,000 a month the number of people who will be allowed to join their family now living as refugees in Germany, and limit the number of total arrivals to 200,000 a year, a draft coalition paper revealed Friday.

The draft, which is still subject to change, said that in return Germany would reduce by the same amount the number of refugees it takes from Greece and Italy under a European Union voluntary pact.

Family reunification would only apply to marriages sealed before migrants fled and only if the individuals concerned had committed no crimes, were not dangerous and in cases where refugees were not expected soon to return home.

"We determine that the number of new arrivals... should not exceed the range of 180,000 to 220,000 per year," according to a copy of the document agreed by Chancellor Angela Merkel's conservatives and the Social Democrats obtained by AFP.

Agreement on one of the most emotive topics to divide the Social Democrats and the most conservative wing of Merkel's camp suggests the parties are close to announcing a decision to open formal coalition talks.

After about 24 hours of talks, Merkel's Christian Democratic Union (CDU), her Bavarian-based allies in the Christian Social Union (CSU) and the Social Democratic Party (SPD) agreed on a formal road to forming a so-called grand coalition government.

The deal ends months of uncertainty about the shape of Germany's next government following September's inconclusive elections and as a result heads off the threat of fresh elections.

A new coalition government would see Merkel at the helm of Europe's biggest economy for a fourth term in office.

However, an SPD party conference set down for January 21 still has to approve holding the talks for a rerun of the Merkel-led coalition that has ruled the nation for eight of the chancellor's 12 years in power.