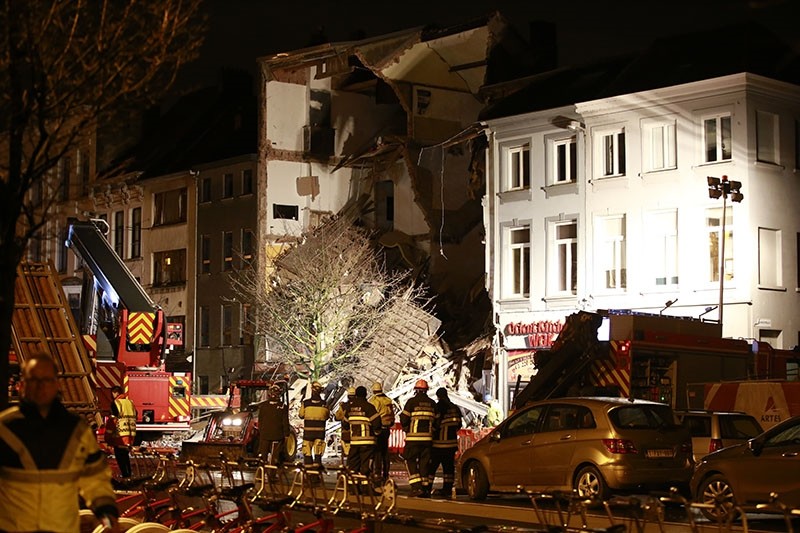 Firefighters inspect the debris, at the Paardenmarkt in Antwerp, Belgium after several buildings collapsed following an explosion, Jan. 15, 2018. (EPA Photo)
by Compiled from Wire Services Jan 16, 2018 12:00 am

The blast late Monday, which police say is not linked to terrorism, collapsed or severely damaged several buildings in the Paardenmarkt area of central Antwerp, a Dutch-speaking city in northern Belgium.

"Police confirm two more victims found under the rubble, both deceased. The victims have not yet been identified," Antwerp police said on Twitter.

Several people were pulled alive from the rubble on Monday night.

"Research into the cause of the explosion at Paardenmarkt continues," it added.

Belgium's French-language broadcaster RTBF reported that a gas leak was suspected as the cause of the blast at around 9:30pm (2030 GMT) Monday, though it had yet to be confirmed.

Belgium has been on high alert since deadly suicide bombings in 2016 and a wave of terror attacks across Europe.