New US Embassy criticized by Trump opens in London 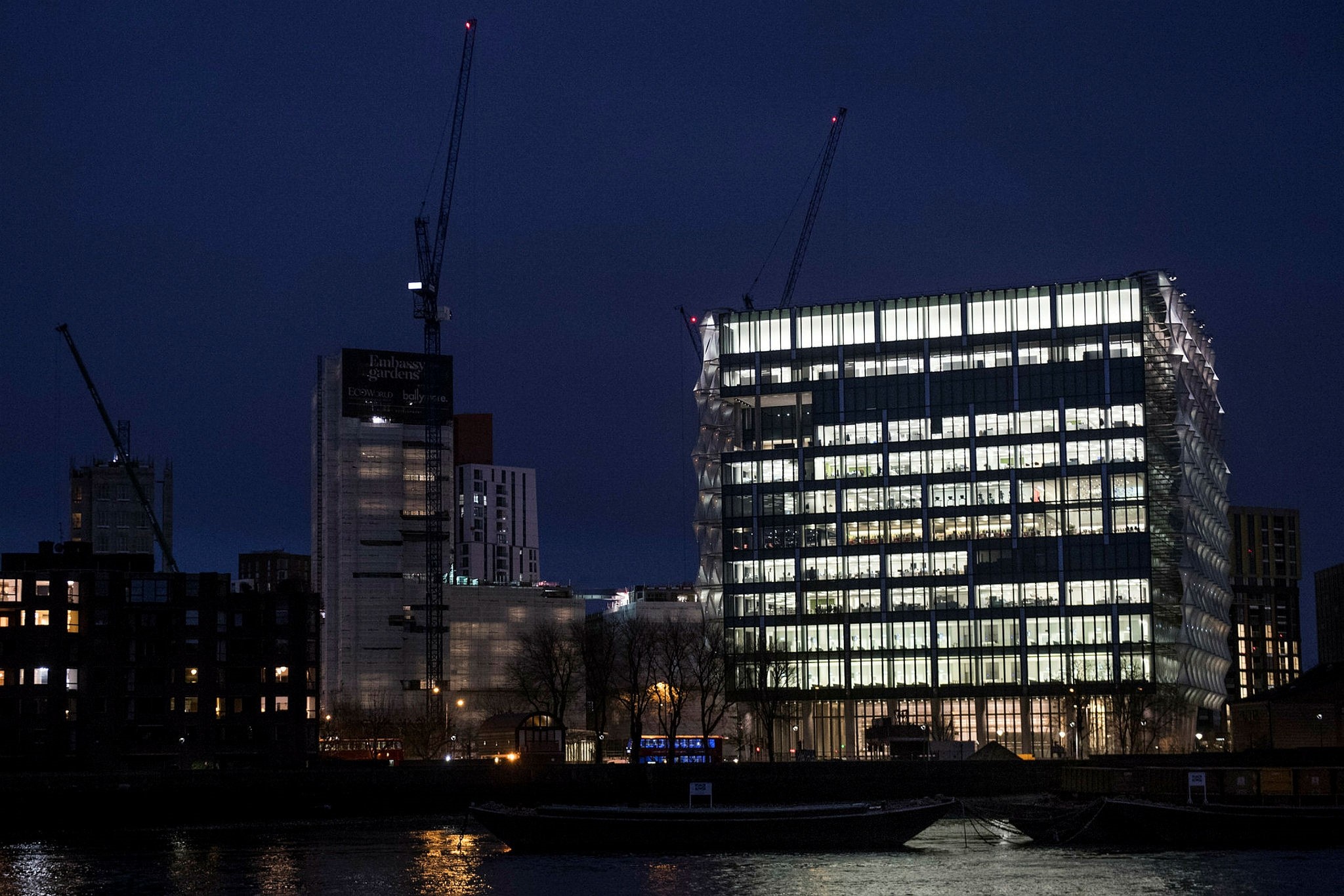 The new U.S. Embassy in London, criticized last week by President Donald Trump as too expensive and poorly located, opened its doors to the public Tuesday for the first time.

The gleaming embassy, in the formerly industrial Nine Elms neighborhood in south London, replaces the embassy in Grosvenor Square that had for decades been associated with the U.S. presence in the United Kingdom. That building has been sold to a Qatari government investment fund planning to turn it into a luxury hotel.

U.S. officials say it would have cost hundreds of millions of dollars to upgrade security at the older building and bring it up to modern safety standards.

Trump tweeted last week that he would not come to London to open the new embassy because it represented a poor investment.

The president's tweet read: "Reason I canceled my trip to London is that I am not a big fan of the Obama Administration having sold perhaps the best located and finest embassy in London for "peanuts," only to build a new one in an off location for 1.2 billion dollars. Bad deal. Wanted me to cut ribbon-NO!"

There were no ceremonies to mark the public opening of the facility and some landscaping features were still being put in place. A line of evergreen trees was being planted at the edge of the site, and only a relatively small number of people showed up on official business.

The formerly rundown neighborhood is littered with cranes as a number of major towers are shooting up in the blocks surrounding the embassy, which is helping the area's rejuvenation.

Visa processing was beginning in a "soft" rollout of the new facility. Officials said 50 applicants were processed Tuesday.

The embassy initially planned to process 200 people per day for the rest of the week, but doubled that figure to 400 late Tuesday afternoon because the procedures had worked well during the day.

Though Trump blamed predecessor Barack Obama for the expensive new embassy in his angry tweet, the project was in fact announced in October 2008 during the presidency of George W. Bush.

Trump's plans to visit Britain have met resistance from some politicians and activists who disagree with his policies on a number of fronts, including his actions on immigration and climate change. Substantial protests were expected.

London Mayor Sadiq Khan, who Trump has repeatedly criticized, said Trump seems to have "got the message" that many Londoners find his policies to be intolerant and wrong.

Trump is still invited for a state visit — to be hosted by Queen Elizabeth II — but no date has been set. The invitation was extended by the British government nearly a year ago during Trump's first days in office.

U.S. officials say the new embassy cost $1 billion (1.38 billion pounds) and was paid for entirely with money raised by the sale of other U.S. government properties in London.

The new building, with its distinctive cube shape, is nearly twice as large as the Grosvenor Square facility. It is the single most expensive embassy building ever built by the United States.

Robert Johnson, appointed by Trump as U.S. ambassador to Britain, called the new energy-efficient embassy a "bargain" during a pre-opening tour for journalists last month. He said the embassy, which does not have a perimeter fence, is both welcoming and secure.