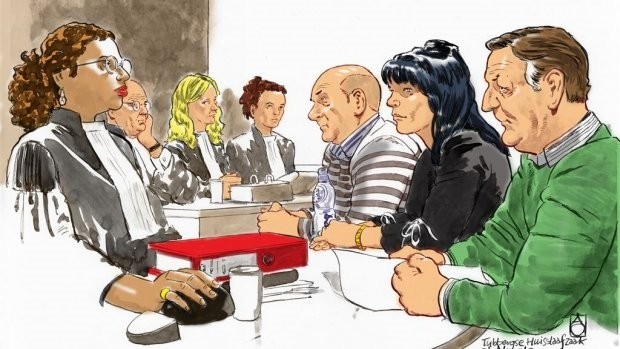 A couple in the Netherlands is facing seven years in prison for enslaving a mentally disabled man for eight years, from 2007 to 2015.

Sixty-year-old Adje and 47-year-old Gretha B. appeared in court in Almelo municipality Wednesday on charges of subjecting the plaintiff Jeffrey into forced labor in inhumane conditions.

The now-32-year-old victim was forced to work for seven days a week, 16 hours a day, for no pay. At night, he was locked up in a small caravan without adequate sanitation, according to a statement from the couple's son.

Jeffrey testified in court that he was severely beaten and humiliated and had to live his daily life in fear. He demanded compensation of 491,000 euros for material and immaterial damage.

According to the prosecutor, the couple also used the victim's name to carry out illegal trafficking. The couple and a third suspect, Nico H., purchased a building in Jeffrey's name and used it as a brothel and illegal drug cultivation center.

Jeffrey was rescued from captivity by security forces after the neighbors alerted social services.