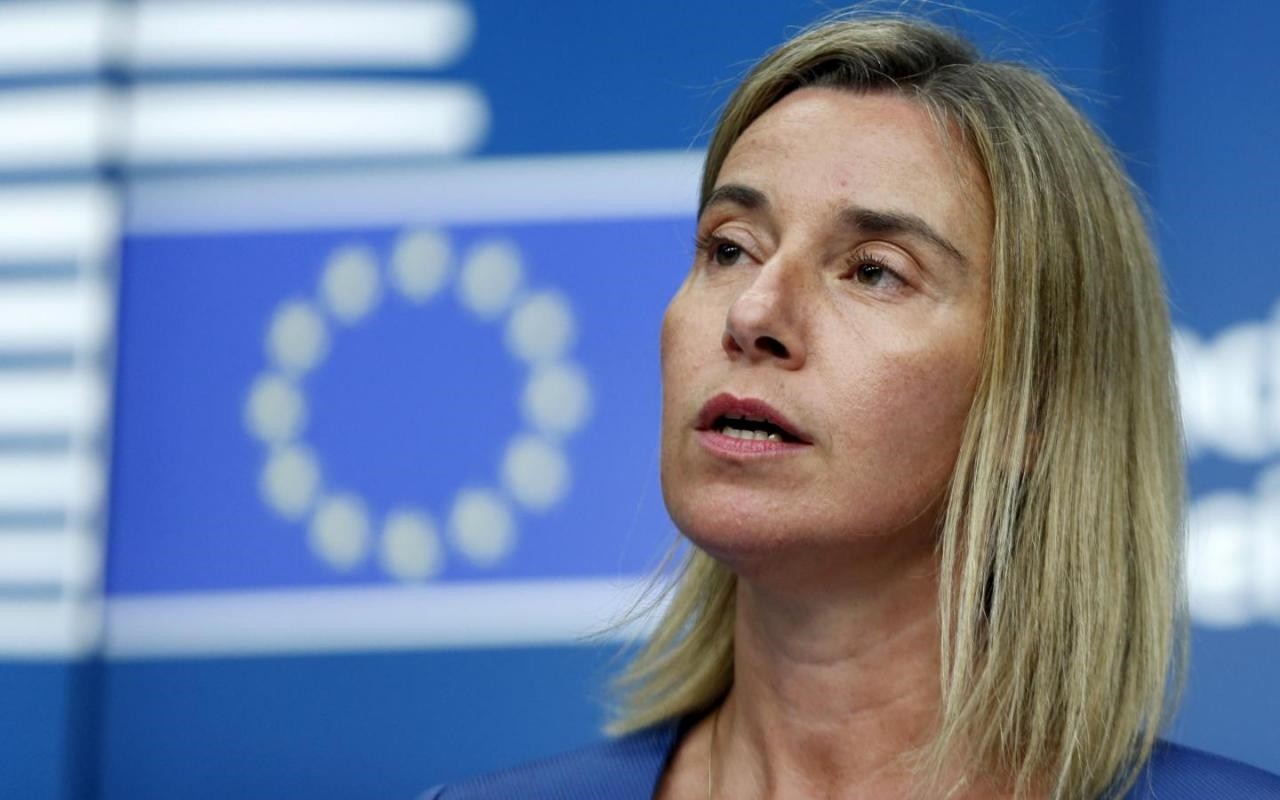 The EU's foreign policy chief on Monday said a realistic solution for Jerusalem "has to come through direct negotiations."

Speaking to reporters ahead of a meeting with Palestinian President Mahmoud Abbas, Federica Mogherini said Jerusalem has to be capital of the two states of Israel and Palestine.

She added that ways in which the EU can support the restart of the peace process will be discussed during the meeting.

Abbas on Monday called on the European Union to recognize the State of Palestine.

"We truly consider the European Union as a true partner and friend - and therefore we call on its member states to swiftly recognize the state of Palestine," Abbas said ahead of a meeting with EU foreign ministers in Brussels.

"This would encourage the Palestinian people to keep hoping for peace and to wait until peace is brought about."

The Palestinian president thanked the EU for its financial support but noted that the bloc should "play a political role" in the Middle East peace process.

Mogherini was asked about the changing role of the U.S. in the Israeli-Palestinian peace process, and responded: "We have been engaged with our American friends through the Quartet [on the Middle East].

"You know that a Quartet Envoys' meeting has taken place in the last few days and I take this as a very positive sign."

The Quartet which comprises of the EU, U.S., U.N. and Russia, was established in 2002 to mediate the peace process between Israel and Palestine.

She said the EU was discussing ways to restart negotiations in the international framework with the U.S., Russia, the U.N., Israel, Palestine and some other Arab countries including, Jordan, Egypt and Saudi Arabia.

"We have been in close contact, particularly with Jordan, as it is conducting the leading role in the Arab League Ministerial format on the issue of the Middle East peace process.

"We have discussed the next invitation to the ministers' representatives of the Arab League, probably in February's Foreign Affairs Council, to discuss how the Arab League and the European Union can further support this process," Mogherini said.

She said an extraordinary meeting of the Ad-hoc Liaison Committee in Brussels will be held this month on "the creation of two states."

"So, we will have a discussion first with the Ministers of the 28 Member States alone and then with the [Palestinian] President [Mahmoud Abbas] on how the European Union can increase its work in support of the two-state solution."