German Red Cross to end search for WWII missing in 2023 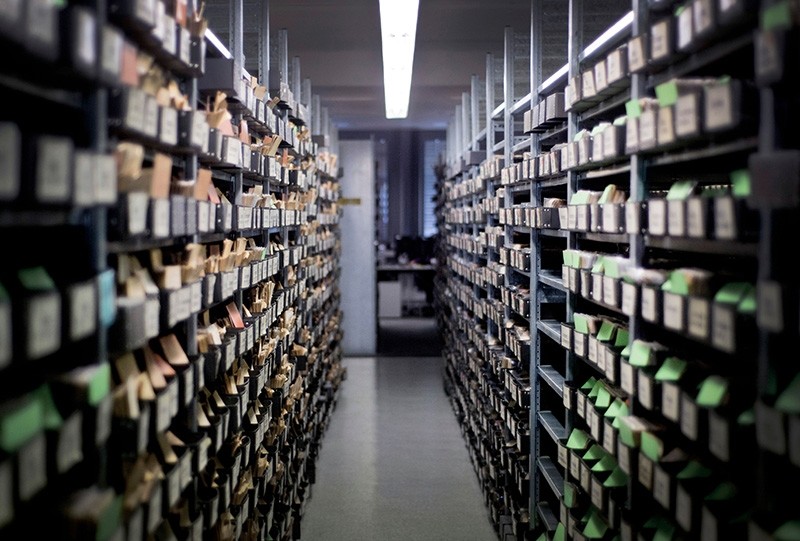 A picture taken on January 24, 2013 shows shelves with boxes of index cards keeping a record of German soldiers who died or went missing in war, in an archive room at the German Red Cross Tracing Service offices in Munich. (AFP Photo)
by Jan 23, 2018 12:00 am

Germany's Red Cross on Tuesday said it would end its search for missing persons from World War II in 2023, leaving the fate of 1.2 million people a mystery.

"We won't be able to shed light on their fates," the head of the German Red Cross's tracing service, Thomas Huber, told DPA news agency.

His office and the German interior ministry have agreed to halt efforts to determine what happened to the disappeared in five years' time, he said, 78 years after the end of the devastating war.

While interest has waned over the decades, the German Red Cross said it still received some 9,000 requests in 2016 from people looking for information about family members who vanished during the 1939-1945 war.

Researchers were able to find answers in 40 percent of those cases after scouring archives from the Second World War and those left behind by the Soviets and authorities in communist East Germany.

"For many people this (period) is still a black hole on their family tree," said Huber.

In 2010, the tracing service was able to reunite two brothers after six decades apart.

When it was set up shortly after the war, the tracing service was tasked with finding more than 20 million people, often soldiers who were either killed or taken prisoner but also many ordinary civilians caught up in the chaos of war.