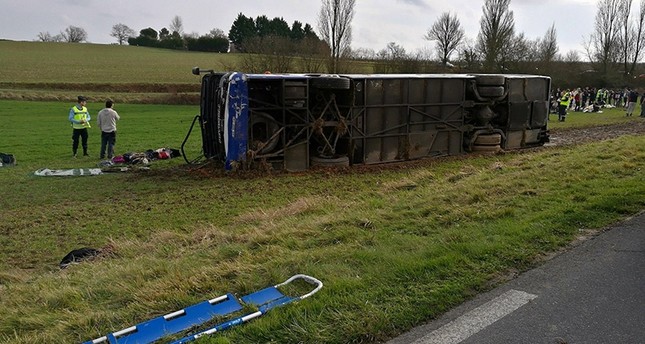 Twenty-seven people were injured in a school bus crash in the rural village of Manciet in southwest France on Thursday, the local government body said.

The crash took place between a bus carrying 45 school students and five adults, and another small vehicle. Emergency services were on the scene, the prefecture said.

A psychological assistance unit for the children and their families has been set up in a middle school in the town of Eauze.

Last month, six adolescents were killed when a train smashed into a school bus on a level crossing outside the town of Perpignan in southwestern France.

France recently decided to lower the speed limit on rural roads, starting from July, after the number of road fatalities rose recently.
Share on Facebook Share on Twitter
Previous in Europe A 39-year-old man on Thursday was accused by prosecutors in eastern... Next in Europe A commuter train derailed Thursday in northern Italy, killing at least...
DAILY SABAH RECOMMENDS