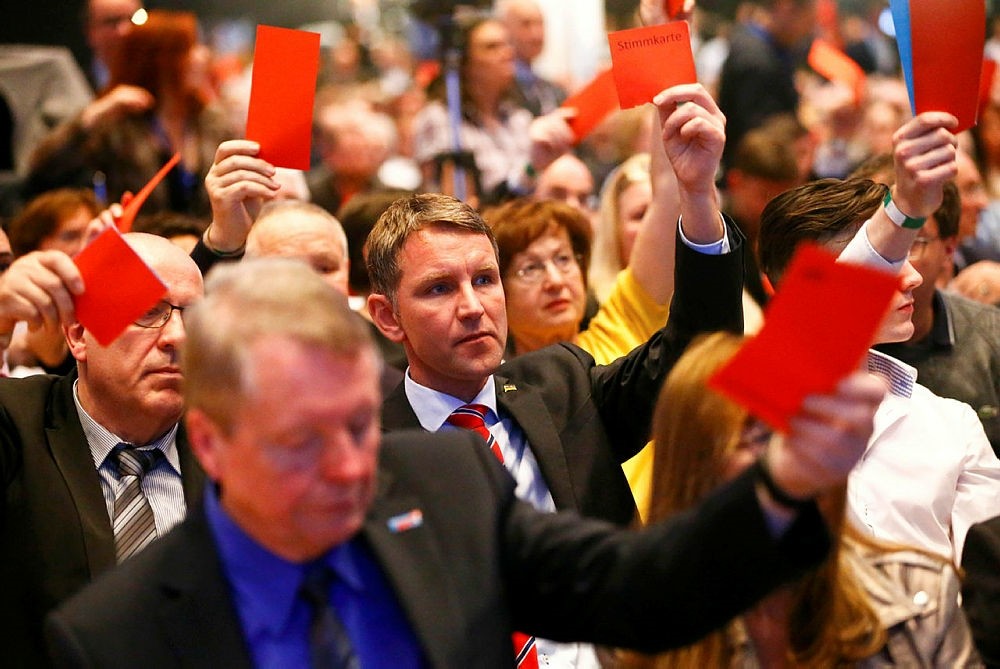 While continuing to make offensive comments about Islam, a senior member of German far-right AfD party pledged to ban Islam across Europe, starting from the Bosporus in Istanbul

A senior member of the anti-Islam, right-wing Alternative for Germany (AfD) vowed that once the party comes to power, they would ban Islam starting from the Bosporus in Istanbul -- the exact point where the European continent begins.

Speaking to his AfD supporters on Saturday in Eisleben, Germany, Bjoern Hoecke said: "Once we come into power, we will enforce what is necessary for us to live our lives freely. We will issue the directive that after crossing the Bosporus, the three great M's: Mohammed, Muezzin and minaret are over, dear friends!"

Hoecke also said Muslims were lovers of war because their Prophet Mohammed was a general. "That's why we have to take Islam seriously as a threat," he said. He further claimed in his one-hour speech cheered by a passionate crowd that he was not an enemy of Islam and he was "actually tolerant;" however, Islam did not belong to Europe. Hoecke did not elaborate on how the AfD would legally ban the religion in Germany and other European countries as leaders in German politics.

In January 2017, Hoecke scandalized the European country when he attacked the monument commemorating the mass murder of Jews and said Germans should be more "positive" about their Nazi past. "Germans are the only people in the world who plant a monument of shame in the heart of their capital," he told supporters in Dresden at the time.

In a country that has long struggled to deal with its collective guilt over the Nazi era and the Holocaust, the taboo-breaking new extremists have reawakened deep fears about rising xenophobia and race hate.

Berlin daily Tagesspiegel said: "The worst thing is that, the more AfD officials say such things, the more quickly they become normal. The outrage wears off, and at some point there will no longer be an outcry."

Founded more than four years ago as a euro-skeptic party, the AfD has since lurched to the right, adopting a staunchly anti-Islam and anti-foreigner party platform. The AfD has enjoyed a surge of support in the wake of Chancellor Angela Merkel's controversial decision two years ago to open the nation's borders to refugees stranded in Hungary.

In the September general election, the far-right AfD protest party siphoned millions of votes from all mainstream parties. Sitting in the glass-domed lower house of the German Bundestag for the first time were lawmakers of the far-right AfD, the anti-immigration, anti-Islam and anti-Merkel protest party that is at the heart of the crisis. Its entry into parliament in the Sept. 24 elections with almost 13 percent of the vote cost Merkel's conservatives and other mainstream parties dearly, further fragmenting the party political landscape and making it harder to gain a parliamentary majority.